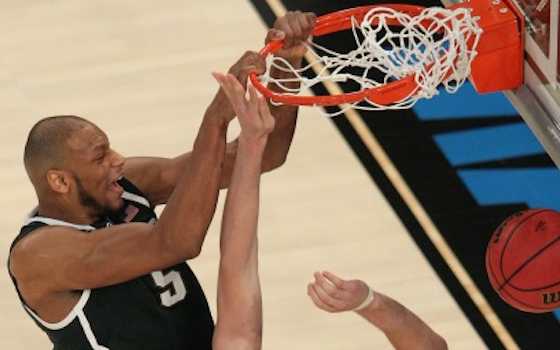 Branden Dawson had 24 points and 10 rebounds to help the Michigan State Spartans top the Virginia Cavaliers, 61-59 at Madison Square Garden.

Adreian Payne added 16 points for the win, which puts the Spartans in a tourney regional final.

Behind 31-27 at halftime, Malcolm Brogdon scored eight as Virgina opened up the second half with a 9-1 run to take a 36-32 lead.

The Payne hit a 3-pointer followed by a Dawson dunk that gave Michigan State a 56-61 advantage.

Joe Harris hit a 3 with 39 seconds left to bring Virginia within 56-54 but Payne made two free throws to push Michigan State's lead to 58-54.

Brogdon hit a 3 with 1.1 seconds left to bring Virginia within 60-59, but Gary Harris made one of two free throws and Justin Anderson's 3-point attempt for Virginia was off the mark.

With the win, fourth-seeded Michigan State advances to play Connecticut (29-8) Sunday for a Final Four berth.

Joe Harris and Brogdon each had 17 points for Virginia, which became the second No. 1 seed to be eliminated, joining Wichita State.