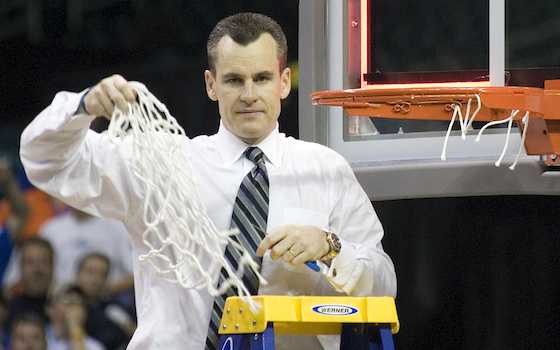 Florida has signed head basketball coach Billy Donovan to a three-year contract extension that will keep him with the team through the 2018-2019 season.

Donovan agreed to an extension last summer but the deal was not finalized and executed until last month.

Donovan, who turns 49 in May, has been the head coach at Florida for 18 seasons and recently passed Dale Brown for No. 2 on the SEC's all-time list of victories by a basketball coach, trailing only Adolph Rupp.

As part of the agreement, Donovan had a non-compete clause, requiring him to refrain from coaching in the NBA for five years as one of the terms of his release from the Orlando Magic contract.

This was Donovan's first full season at Florida since the Orlando agreement had expired, releasing him to talk to another NBA team if he wants after the Gators' current season ends. And last week at the South Region play in the arena where he would have coached in the NBA, the subject came up again.

Earlier, Donovan was rumored to be one of the candidates for the New York Knicks coaching job.