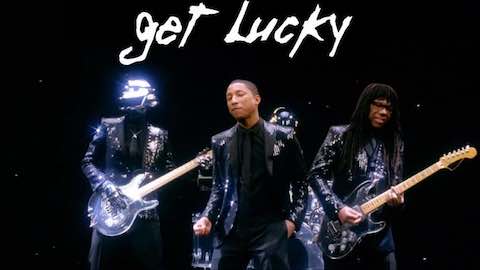 Music often has the ability to alter your mood. Depending on a song's mix of melody, beat and lyrics, it can have a different effect on everyone. But while most believe this impression is unquantifiable, there are some who have used data to measure it.

One way that audio analysts have measured the emotional impact of music is by using a psychological concept called "valence." Many may recall this term from their chemistry classes, which signifies the loss, gain or share of electrons when two atoms join together. This translates psychologically to mean when something is likely to make someone feel happy (positive valence) or sad (negative valence).

Using Spotify's measure of a track's musical positivity, PrettyFamous, a Graphiq site, ranked the top feel-good songs. First, they selected songs with Spotify popularity scores that exceeded 70 for 5,000 top artists. Spotify ranks the relative popularity of a song out of 100. Then they ranked each track by Spotify's positivity score. Ties are broken by the popularity score of a song, then by the number of followers of that song's artist.

An important note about Spotify's valence score is that it only takes melodies and beats into account, not lyrics. There are many songs with lyrics that are relatively nonchalant or even negative in nature, but still manage to positively enhance moods with their musicality. Take Foster the People's "Pumped Up Kicks," for example: though the song is about teenage mental illness and homicidal thoughts, it still manages to sound upbeat.

7. "Pumped up Kicks" by Foster The People

6. "Pretty Fly (For a White Guy)" by The Offspring

4. "Come And Get Your Love" by Redbone