The Most Popular Song The Year You Were Born 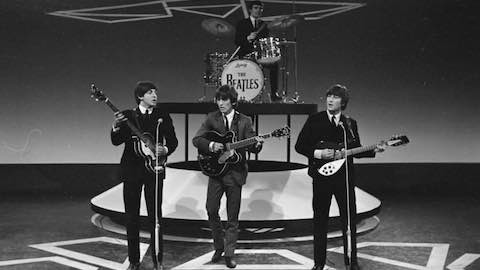 The Most Popular Song The Year You Were Born

Thanks to PrettyFamous, a Graphiq site, here are the most popular songs for every year since 1940.

Music can be a wonderful pick-me-up on a gloomy day, good company on a road trip or a mental escape.

It also has helped define years and events: changing and evolving with the times. The springy vibe of doo-wop brings up images of the poodle skirts and jukeboxes of 1950s America, while The Bee Gees and powerful vocals of Donna Summer are quintessential emblems of the ’70s.

With this in mind, PrettyFamous, a Graphiq site, found the most popular song of every year since 1940. They measured popularity by choosing the song that was Billboard’s top single for the most consecutive weeks of each year.

Billboard published their first chart in 1940 and published a number-one singles chart under a few different names between 1940 and 1958. The Billboard Hot 100 was created in August 1958.


Note: If there was a tie a certain year, PrettyFamous recognized the song that was No. 1 closest to the middle of the year (June 30), as it may have had more lasting power throughout the entirety of the year.

Scroll through the slideshows below to discover the most popular songs of each decade:

Music: "The Most Popular Song The Year You Were Born"