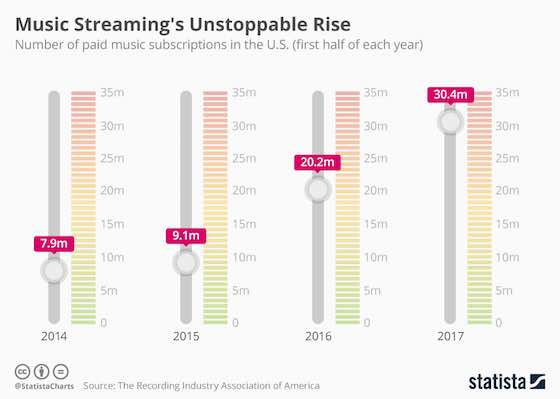 The CD, MP3 and radio are all being eclipsed by a revolution in music streaming. More Americans than ever are signing up for subscription services like Spotify and Apple Music. That wasn't always the case, however.

As recently as two years ago, digital downloads were the driving force behind the music industry while the U.S. had a grand total of 9.1 million paid music subscriptions. According to a report from the Recording Industry Association of America, that increased threefold, topping 30.4 million in the first six months of this year.

That has yielded dividends for the music industry with retail revenues up 17 percent on last year to $4 billion. Mid-year revenue has also increase at wholesale value, rising 14.6 percent to $2.7 billion. Streaming has accounted to a massive chunk of the music industry's success so far in 2017, bringing in 62 percent of total revenue.

The Money Streaming Into The Music Industry

It comes as no great revelation that streaming has taken over the world of music.

In the last few years, revenues from services such as Spotify have powered the industry forward through relatively difficult times. While paid subscriptions to companies such as Spotify and Tidal account for the lion's share, as figures from the Recording Industry Association of America show, a not insignificant portion comes from digital and customized radio and ad-supported on-demand content. All categories have seen healthy increases since the first half of 2015. 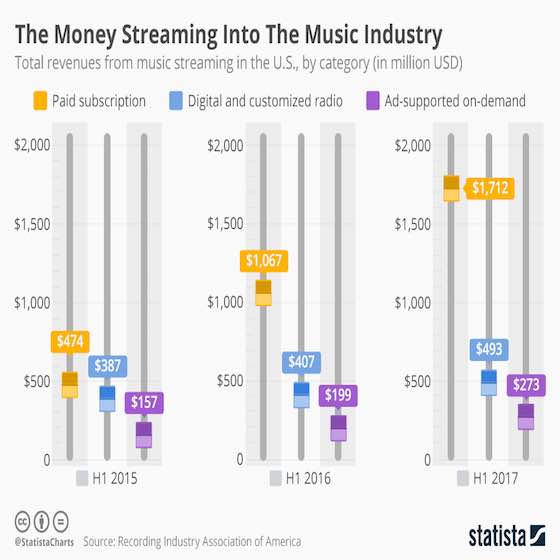 The Money Streaming Into The Music Industry

Despite the rise of music streaming services such as Spotify and Apple Music, where pretty much every song you can think of is just one click away, people still revert to the old ways to discover new tunes. According to the 2017 edition of Nielsen's Music 360 report, 49 percent of U.S. consumers discover new music via FM/AM radio as opposed to just 27 percent who find new music via online music services. 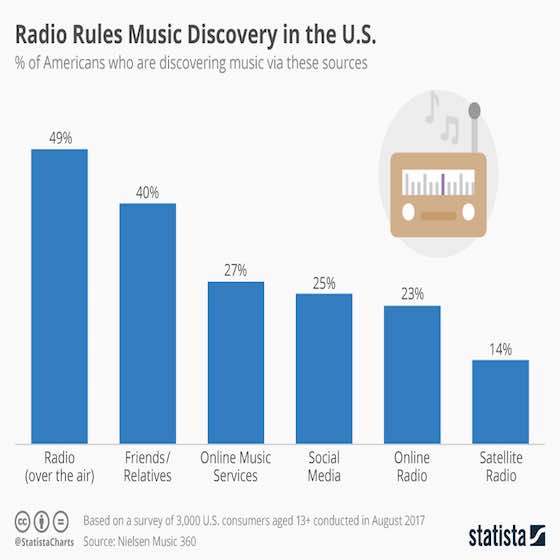