The Most Popular Albums Released in 2016 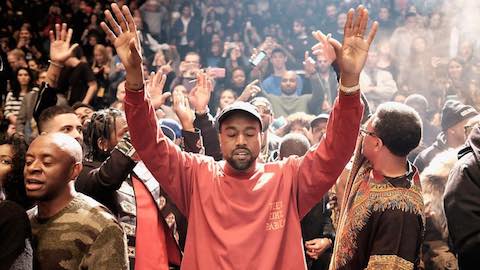 The Most Popular Albums Released in 2016

PrettyFamous found the most popular albums released in 2016 so far using data from Billboard, Spotify and last.fm

So far, 2016 has proven to be an impressive year for music. A record-breaking number of on-demand streams (including audio and video) reached 208.9 billion at the halfway point of this year, according to the Nielsen music mid-year report. That is a 59 percent increase from 2015.

Drake has broken all kinds of records with his album "Views," Kanye West and Beyonce pushed the boundaries of traditional album release and several influential bands of the past made their return to the music scene. Radiohead, The Red Hot Chili Peppers and Blink-182 all released albums -- delighting long-time fans and awakening a new generation of listeners.

So much exciting, controversial and record-breaking music has made its debut this year. With seven months of the year in the books, it's time to check in and review the most popular albums released so far.

To determine this year's cream of the crop, PrettyFamous, an entertainment research site powered by Graphiq, examined all of the albums from the Billboard 200 chart that were released in 2016 to find which have been most popular. The Billboard 200 uses data from Nielsen SoundScan to rank albums on a weekly basis. Once the list of albums was collected, PrettyFamous created a custom Album Score on a scale of 1-100. The score is a weighted average of current chart rank, number of weeks spent on the chart (normalized according to release date), Last.fm plays per week and Spotify popularity as of July 28th.

Note: Data was pulled from Billboard on July 25-30.

According to PrettyFamous' metric, "Dangerous Woman" leads the pack with an Album Score of 100. Ariana Grande's third album benefits here from its insane number of Last.fm plays -- almost 500,000 per week. The songstress, whose vocals have often been compared to those of Christina Aguilera and Mariah Carey, delivers powerful performances in her hit songs "Into You" and "Dangerous Woman."

Drake's "Views" earns the number two spot with an incredible 99/100 Spotify popularity and a No. 1 rank on the Billboard 200. As previously mentioned, "Views" has broken records for most consecutive weeks at the number one spot -- only to be dethroned by Blink-182's "California" which was released on July 1st and is the eighth most popular album on this list.

Beyonce's "Lemonade" earns the bronze, despite the fact that Spotify does not carry the album. "Lemonade" has spent 89 percent of the weeks since its release on the chart. Beyonce's innovative video format release could be a factor at play. Critics applauded and lamented her for her portrayal of black, feminist women in today's society.

Rihanna's intriguing "ANTI" is the fourth most popular album, housing smash hits "Work" and "Needed Me" which have been listened to 1.4 million and 1 million times respectively, on Last.fm. "ANTI" collectively has almost 202,000 Last.fm plays per week.

Radiohead's "A Moon Shaped Pool" is the fifth most popular album, and also one of the most highly-rated. The band's ninth studio album has a Metascore of 88. The New York Times calls it a "hark back to the late 1960's; in a way." Radiohead released the album digitally with little to no warning, surprising long-time fans of the group.

"The Life of Pablo" follows "A Moon Shaped Pool" as the sixth most popular album. The album's popularity could be due Kanye's innovative release strategy. West fused music and fashion by debuting his album at his Yeezy Season 3 fashion show. He also created controversial buzz around his music video for "Famous," the first single off his new album "The Life of Pablo." The single was recently nominated for video of the year.

If the first half of 2016 is any kind of predictor for the musical landscape of the coming months, listeners are surely in for a few surprises, some record-breakers and a lot of good music.

Listen to a selection of songs from the top ten most popular albums of 2016.

Music: "The Most Popular Albums Released in 2016"