The Most Popular Album of Every Year Since 1956 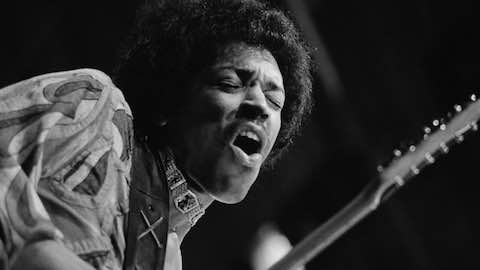 The Most Popular Album of Every Year Since 1956

From Broadway albums to Adele's latest record, PrettyFamous compiled a list of Billboard's best-selling album for each of the past 60 years.

Can you name even one song popular the year you were born? Odds are, your parents can. Maybe it was playing on the radio as they drove to the hospital, or perhaps it was on their birth mix. To fortify your reminiscences with period-appropriate details, PrettyFamous, an entertainment site by Graphiq, compiled a list of Billboard's best-selling album for each of the past 60 years.

From our findings, it's clear that Broadway musicals were once ultra-mainstream; the soundtracks of shows with their original Broadway casts led sales for six years between 1956-1961, and have not done so since. Filling that space to an extent are the soundtracks of musicals on film, which were best-sellers for seven years on our list, most recently with "High School Musical" in 2006. The list contains many debut albums, including those by Jimi Hendrix, Peter Frampton and Whitney Houston, among others. Conspicuously absent are some of the most obvious artists you might name -- neither The Beatles nor Led Zeppelin appear here, for example.

Billboard creates their ranking of best-selling albums, called the Billboard 200, using Nielsen SoundScan data. Before 1991, however, the Billboard chart was based on a representative sample of retail outlets. Navigate through to find out which album might have been the soundtrack to your birth.

Scroll through the slideshows below to discover the most popular albums of the past seven decades:

Music: "The Most Popular Album of Every Year Since 1956"