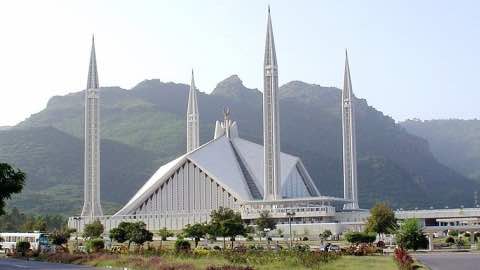 Those in the West who call on Muslims to condemn those who commit terrorist attacks in the name of Islam don't seem to be aware that is already being done.

After terrorist attacks by Islamic extremists, especially in the West, many call for Muslims to intensify their efforts to police their own religion and condemn the extremists. Actually, as you can imagine, to a certain extent that's being done, though it doesn't draw much media attention. (I broach the subject of the extent to which it isn't at the end of the post.) Anyway, there are respectful ways for the West to call out to Islam.

In his recent article about, including interviews with, President Obama in the Atlantic, Jeffrey Goldberg quotes him on a speech he gave in Egypt in 2009:

"I was hoping that my speech could trigger a discussion, could create space for Muslims to address the real problems they are confronting -- problems of governance, and the fact that some currents of Islam have not gone through a reformation that would help people adapt their religious doctrines to modernity. My thought was, I would communicate that the U.S. is not standing in the way of this progress, that we would help, in whatever way possible, to advance the goals of a practical, successful Arab agenda that provided a better life for ordinary people."

Where emphasized, note the president's discretion. Meanwhile, in a Politico magazine article titled Inside the FBI's Secret Muslim Network, Michael Hirsch chronicles a comprehensive example of Islam policing its own in the United States.

Dearborn, Michigan, may be the closest thing America has to a Mollenbeek, the seething, Islamicized neighborhood of Brussels believed to have harbored the terrorists involved in both the metro and airport attacks this week and last fall's slaughter in Paris. An ordinary Detroit suburb sometimes called the "Arab Capital of North America," Dearborn has the nation's largest mosque; it's home to the Arab Museum, Middle Eastern cafes, and halal beef burgers at McDonald's.

One third of its residents are Arab immigrants or of Arab descent, including police chief Ron Haddad. In coordination with the FBI, Haddad leads an initiative to sniff out tendencies to domestic terrorism in Dearborn and redirect them.

&ellips Haddad's department has a deep network of contacts in the community and makes regular visits to Dearborn's 38 schools and its many mosques. He sponsors a program called "Stepping Up," which includes an annual awards ceremony (the next is April 12) for residents reporting crime. At least twice in the past several years, fearing influence from ISIL or online propaganda on their children, Haddad says, Muslim fathers have turned in their own sons. In another case, it was students at a largely Muslim high school calling about a troubled peer.

That's partly because they have a place to call, and because they're connected to the larger Dearborn, Michigan, and American community, says Haddad. The outreach-and-informant program he runs is considered a model by U.S. law enforcement and counterterrorism authorities.

"But, of course," Hirsh points out, "the effect of the program will also be to cement in place the FBI's informant network."

DHS and the Justice Department have also been consulting for years with Muslim community organizers such as Hedieh Mirahmadi, a lawyer and activist based in Montgomery County, Maryland, who generally supports the government’s outreach efforts and believes they could go even farther in frankly confronting the Islamist source of radicalization.

As I pointed out in a recent post, this is more feasible in the United States than in Europe, where, in contrast, writes Daniel Benjamin at Politico magazine:

&ellips Europe's Muslim communities were seeded by poor peasants who came as guest workers for the burgeoning industries of the postwar period. They were expected to return home. Instead, they stayed even as their industries faded -- think of Britain's rust belt in the Midlands -- and grew in numbers due to family unification and comparatively high fertility.

They came poor and, to a large extent, have stayed poor, with little access to higher education and much higher unemployment rates than those of the non-Muslim populations.

Returning to those calling for more stringent efforts by Muslims to police their own, we need to remember how confusing it is when Saudi Arabia, home to Islam's most holy sites, spends vast amounts of money building mosques and madrassas all over the Islamic world from Pakistan to Indonesia, in which its own form of rigid, throwback Islam, with its tendencies to extremism, is disseminated. We can only imagine how disorienting the cognitive dissidence can be for those exposed to it. It's as if the more devout they become, the more they find themselves supporting terrorism.