Was Bin Laden Killing Result of American Intelligence or Wasn't It? 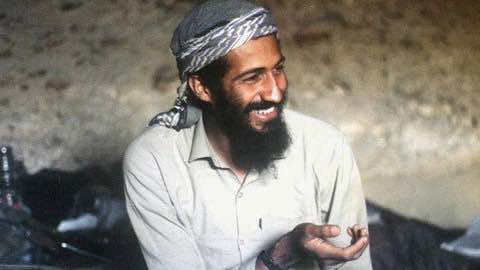 Was Bin Laden Killing Result of American Intelligence or Wasn't It?

The truth about how Osama bin Laden was located in Abbottabad may lie between the U.S. government's account and Seymour Hersh's.

A New York Times account is sympathetic to Seymour Hersh's revisionist history about the raid in Abbottabad, Pakistan that killed Osama bin Laden.

On Oct. 15 at the New York Times, Jonathan Mahler revisited the government's account of the Abbottabad raid on Osama bin Laden's compound. In the process, he demonstrated sympathy for Seymour Hersh's famous or infamous (depending on your perspective) revisionist history in the London Review of Books. Mahler wrote:

The official narrative of the hunt for and killing of bin Laden at first seemed like a clear portrait, but in effect it was more like a composite sketch from multiple perspectives: the Pentagon, the White House and the C.I.A. And when you studied that sketch a little more closely, not everything looked quite right.

… the sheer improbability of the story, which asked us to believe that Obama sent 23 SEALs on a seemingly suicidal mission, invading Pakistani air space without air or ground cover, fast-roping into a compound that, if it even contained bin Laden, by all rights should have been heavily guarded. And according to the official line, all of this was done without any sort of cooperation or even assurances from the Pakistani military or intelligence service. How likely was that?

After all, wrote Mahler. "American history is filled with war stories that subsequently unraveled."

Was the story of Osama bin Laden's death yet another example of American mythmaking? Had [we all] been seduced by a narrative that was manufactured expressly for our benefit?

The Pakistanis allowed the U.S. helicopters into their airspace and cleared out the guards at the compound before the SEALs arrived.

&ellips that the Pakistanis had seized bin Laden in 2006, but that Saudi Arabia had paid for his upkeep in the years that followed.

Mahler also interviewed Mark Bowden, author of The Finish: The Killing of Osama bin Laden, who cited the many officials he interviewed and how, more or less, they corroborated each other's stories. Later, responding to Mahler's piece, in response Bowden went near-ballistic in a piece of his for Vanity Fair.

While Hersh's story (and Mahler's) suggests that mine was, in effect, handed to me by administration spokesmen, it was (as the book notes) based on dozens of interviews with those directly involved, including President Obama. One wonders where else the story might come from, since the hunt for bin Laden and the mission to kill him were conducted by government officials, right down to the enlisted men who conducted the raid.

Also, at CNN, Peter Bergen, author of Manhunt: The Ten-Year Search for Bin Laden from 9/11 to Abbottabad, wrote:

The night of the bin Laden raid, U.S. officials were monitoring the communications of Pakistan’s top military officials such as [then army chief of staff Gen. Ashfaq] Kayani and [then ISI chief Lt. Gen. Ahmed] Pasha, and their bewildered reactions confirmed that the Pakistanis had not had a clue about bin Laden’s presence there, according to a number of U.S. officials.

Before we continue, it behooves us to ask why U.S. officials can’t foresee the Pandora’s Box of speculation it opens when it makes a claim such as Pakistani military and ISI ignorance of bin Laden hiding in plain sight. That Pakistan was harboring him has been speculated about for so long that it was almost an article of faith for some (me, for instance). Shortly after the raid, why didn't U.S. officials provide some backstory -- if sanitized to avoid adding injury to the insult of the raid itself for Pakistan -- to make it more credible and head the doubters off at the pass?

Doesn't it sometimes seem like what we most want is not the official version or even the truth itself -- but what's most plausible? After all, most conspiracy theories are initially fueled by a need to find the facts that are most logical.

The actual truth about Abbottabad, though, may lie somewhere between those who believe that bin Laden was discovered via U.S. intelligence and those who believe it was provided by a Pakistani military officer with dollar signs in his eyes. It was revealed in two articles by Gareth Porter.

In May 2012 Gareth Porter reported:

The CIA’s claim that it found bin Laden on its own is … false. In fact, the intensive focus on the compound in Abbottabad was the result of crucial intelligence provided by the Pakistani intelligence agency, the Directorate for Inter-Services Intelligence (ISI).

Not, as Hersh alleged, by a walk-in. While I now see no alternative but to quote at length from Porter's article, I urge you to read it in its entirety. It also chronicles how, not long after 9/11 bin Laden came to be viewed as a crackpot and embarrassment to Al Qaeda, which saw Abbottabad as not only a refuge but a way to exile him. (Interesting that Al Qaeda had the good sense to sideline its crackpot, while ours are allowed to seek nomination in the Republican party and the chief crank -- Donald Trump -- leads the polls. Hold those cards and letters: I'm not comparing Trump to bin Laden!) Porter wrote (emphasis added):

For nearly a year, Pakistan’s intelligence agency, the ISI, remained silent about how bin Laden had been found. Meanwhile, former CIA director Panetta suggested that the ISI had long known about bin Laden’s presence in Abbottabad. [Two] unnamed ISI officials asserted to The Washington Post in an April 27 article that ISI provided the CIA with the cell phone number that belonged to [bin Laden's courier Sheik Abu Ahmed al-] Kuwaiti in November 2010 and told them it was last detected in Abbottabad. But the ISI officials said that their agency did not know at the time that the number was Kuwaiti’s.

A US official denied to the Post that the United States had learned about the number from the ISI. But in the initial briefing of reporters after the bin Laden raid on May 2, 2011, a “senior intelligence official” had actually confirmed, in guarded terms, that Pakistan had provided crucial information that intensified the CIA’s focus on the Abbottabad compound. “The Pakistanis did not know of our interest in the compound,” said the official, “but they did provide us information that helped us develop a clearer focus on this compound over time…. [T]hey provided us information attached to [the compound] to help us complete the robust intelligence case that … eventually carried the day.”

It is now clear that this acknowledgment, which was ignored in media coverage of the briefing, was a reference to ISI’s providing the CIA with both the cell phone number … and the fact that it belonged to the owner of the compound in Abbottabad. The unnamed official was confirming indirectly that until ISI had given it that information, the CIA had not focused on the Abbottabad compound as the likely location of bin Laden’s courier, or, therefore, of bin Laden himself.

In May 2015, Porter presented his response to Hersh's piece: The Misfire in Hersh’s Big Bin Laden Story.

"Was Bin Laden Killing Result of American Intelligence or Wasn't It?"