Trump And Jerusalem: Half an Idea is Much Worse Than None 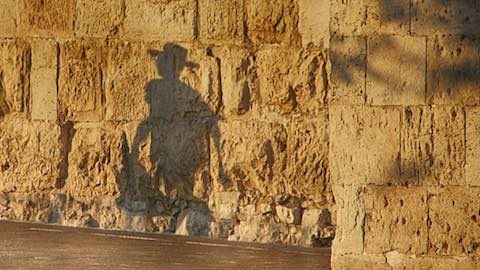 Trump And Jerusalem: Half an Idea is Much Worse Than None

by Peter Rodgers (The Strategist)

The tragedy of Donald Trump's announcement of US recognition of Jerusalem as Israel's capital is that it didn't go far enough.

It could, and should, have been a package along these lines:

This highly optimistic and ambitious scenario would need time frames to put pressure on the parties, though, like many 'peace processes', the Middle East one has never been punctual. It would offer meaningful incentive to the Israelis and Palestinians to do something they haven't done for decades -- get serious about a negotiated peace. It would acknowledge that governments around the world, including Australia, accept that West Jerusalem is Israeli territory and the seat of government of the Jewish state and are happy to deal with it there, as they do. And it would acknowledge that, whatever Israel's assertion about Jerusalem's 'eternal and undivided' nature, it is in fact highly divided -- Jewish in the west and (despite Israeli settlements) Palestinian in the east.

Given the history of the conflict, there could be no guarantee that such an approach would work. But it would make clear to both sides that not changing behaviour carries real costs. And it might just have made Trump the mould-breaker and dealmaker he fancies himself to be.

Trump claimed that his decision wasn't intended 'in any way' to suggest a departure from America's strong commitment to facilitate a lasting peace agreement. In fact, it represents a radical shift in the US's approach to Jerusalem. Since the US Congress passed a law in 1995 requiring that the embassy be moved to Jerusalem by 1999, all presidents have exercised a provision allowing them to sign a waiver delaying the move for six months in the interest of 'national security'. Trump himself signed it on 1 June this year after Jordan's King Abdullah warned him that the move could threaten the two-state solution and exacerbate the Israeli--Palestinian conflict. King Abdullah's warnings this time went unheeded, as did those of President Trump's (until now, at least) new best friends in Saudi Arabia.

History, religion and identity have long made Jerusalem a strategist's nightmare. In late 1947, the United Nations endorsed a plan to divide British Palestine into two states, one Arab, one Jewish. The plan didn't include Jerusalem; the intent was that it be internationally administered. Israel came out of the 1948 Arab--Israeli war controlling West Jerusalem. It conquered East Jerusalem during the six-day war in 1967 and passed a law in 1980 declaring 'complete and united' Jerusalem its capital. Some 200,000 Israeli settlers now live in East Jerusalem, alongside about 325,000 Palestinians. (Another 400,000 Israeli settlers live in the West Bank.)

In announcing the embassy relocation, Trump said that America wasn't taking a position on any final status issues, 'including the specific boundaries of the Israeli sovereignty in Jerusalem, or the resolution of contested borders'. Perhaps Trump was trying to be clever, even subtle, in offering no insight into how Jerusalem's challenges, sacred and profane, might be managed. Or perhaps, with his focus largely confined to a domestic support base, he just doesn't care.

The shockwaves, especially in the Islamic world, caused by Trump's announcement were predictable. Australia wisely distanced itself from the US position: Foreign Minister Julie Bishop commented that matters relating to Jerusalem were 'subject to Final Status negotiations between Israel and the Palestinian Authority'. Australia will continue its diplomatic representation to Israel from Tel Aviv and its representation to the Palestinian Authority from Ramallah in the West Bank.

Bishop noted that any decision about the location of US embassies was a matter for the US. That's as lame a line as anyone could devise. Fortunately others, including the UK, the EU, France, Germany, China, Russia and the Pope, had the courage to be more directly critical of Trump's announcement.

The Israelis and Palestinians have demonstrated for 50 years that they're incapable of negotiating peace on their own. They need the energy, the resources and the clout of the US to make anything work. Bizarrely, sometime early in the New Year, Trump's senior adviser and son-in-law, Jared Kushner, together with the White House Middle East envoy, Jason Greenblatt, will unveil a new Israeli--Palestinian peace plan. Will anyone take it seriously? Singularly ill-qualified to operate the peace process defibrillator, Trump is dealing America out of the game.

Peter Rodgers is a former Australian ambassador to Israel and has written two books on the Middle East, Herzl's Nightmare: One Land, Two Peoples

"Trump And Jerusalem: Half an Idea is Much Worse Than None"