The Arab Uprisings Five Years After 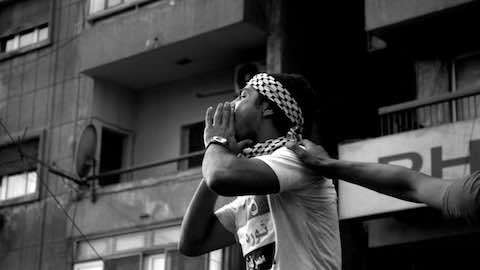 The Arab Uprisings Five Years After

In several Arab countries transformation is dominated, by political violence. The polity has broken down -- the central state fails to deliver security to its citizens.

Five years ago many observers of the Arab uprisings did not take long to overcome their initial confusion that the supposedly ever-stable authoritarianism of the Arab Middle East had become deeply shattered and seriously challenged. The trend then was to be "open" for and "optimistic" about a transition to democracy [1], although quite a number of scholars working on Middle Eastern affairs were among the more pessimistic and skeptical voices from the very beginning [2]. Five years after the uprisings it is safe to say that the Arab systems -- with the possible exception of Tunisia -- have not been undergoing a smooth transition to democracy. The following article attempts to shed some more light on this finding by elaborating what kind of political change is (not) happening in the Arab world as an outcome of the uprisings.

As the term "Arab Spring" implies a positive assessment, it is -- or rather was -- often used with the expectation that the Arab uprisings had triggered a transition to democracy. The democratic transition in Eastern Europe after the downfall of the Soviet Union often served explicitly or implicitly as a comparative model. Thus it left many observers baffled when it became clear rather soon that -- with the possible exception of Tunisia -- no smooth transition to democracy was taking place [3]. However, it would mean throwing out the baby with the bath water to conclude from the (tentative) lack of (successful) democratization processes that the "Arab Spring" did not bring along any significant change. Before assessing the impact of change triggered by the Arab uprisings from an empirical angle, it is crucial to critically discuss the underlying theoretical concept, the transition paradigm.

Almost ten years before the start of the Arab uprisings, Thomas Carothers titled a well-received scholarly article "The end of the transition paradigm."[4] In the light of observations on the development of transformation processes triggered by the overthrow of authoritarian regimes mainly in countries of the Global South, he questioned the teleological moment of the transition paradigm: there is no one-way road leading from the downfall of authoritarian regimes to the establishment of consolidated democracies. Political change may simply, in the words of Morten Valbjørn, take the form of a "transition to somewhere."[5] Thus, the transition paradigm in its traditional form was already outdated when the Arab uprisings occurred. Due to the success story of democratization processes in Eastern Europe in the 1990s, however, it was then very present and popular beyond social science, thereby fueling high expectations on political developments in the Arab world.

Note that the statement of a transition to somewhere is not trivial in the case of the "Arab Spring," because not all Arab regimes affected by the Arab uprisings were shattered to a degree that the ruling leadership lost control over the political process. In other words, in some cases there can be no doubt that an authoritarian regime was overthrown and that therefore there is political change in the making. Libya and Tunisia are cases par excellence. A much less clear case is Egypt: There was a far-reaching process of political change set in motion when Egypt held its first free democratic elections in history in 2011/12. However, the military coup in July 2013 and its aftermath clearly points in the direction of re-authoritarianism; a core actor of the Mubarak regime -- the military -- also controls the allegedly "new" political system. There are differences between the rules of Mubarak and Sisi, yet not in terms of democratization [6]. At the same time, note that even most of those transformation processes in other world areas that finally opened up to democratic systems went through some phases of retard. In other words, the question whether the major politicization of Egyptian people and issues, as happened in 2010/11, can be mastered by pure authoritarian means in the long run is still unsettled. An indicator for a new nervousness of the old Egyptian political elite is Abdul Fatah al-Sisi's decision to extend the voting in the May 2014 Presidential elections for a whole additional day, when he realized that he had obtained much less support than expected.

Furthermore, with some very few exceptions (such as Qatar), most regimes of the Middle East witnessed some demonstrations and were confronted with some demands of political change. It is rather clear that not in all cases did the demonstrations trigger profound political change, for instance in Saudi Arabia. Yet, there are cases in which it is contested whether a "transition to somewhere" is underway. There are strong indicators that in Jordan, for instance, the political agenda is still controlled by the Hashemite elite, which sets the reform agenda according to the Lampedusa principle that everything must change in order that nothing change [7]. However, Western political actors tend to portray the Hashemite Kingdom as democratizing. Be it as a result of the convincing democratic rhetoric of the Jordanian regime or the European interest in stabilizing the most reliable Arab security partner to Israel, Jordan enjoys a privileged position in the European Neighborhood Policy (ENP).

Transition to somewhere may result in the establishment of a fully-fledged democracy. Yet, it may also end up in re-authoritarianism. Another alternative is that the process of change leads to systems that cannot clearly be attributed to the ideal-types labeled authoritarian or democratic systems: hybrid regimes [8]. As long as a "democratization" process does not reach its "final" stage of a consolidated democracy, the "option" of a hybrid regime should systematically be taken into account. As the "Arab Spring" only occurred five years ago, this also applies to Tunisia as the most advanced Arab system in terms of transition.

A hybrid regime may be the outcome of a transformation process triggered by the breakdown of an authoritarian regime (as potentially is the case in Post-Ben Ali Tunisia) as provoked by "non-systemic" means such as mass demonstrations (and ongoing high degree of political participation efforts) and/or political violence. Yet, a fundamental transformation process may also be triggered as the result of a liberalization process that, so to speak, goes wrong from the perspective of the ruling elite: It is a common strategy among Arab authoritarian regimes to oscillate between periods of liberalization and de-liberalization.[9] Liberalization processes embedded in Arab authoritarianism are designed and controlled from above and meant to stabilize the authoritarian regime by broadening its social basis.[10] Thus, what sometimes looks like a democratization process is rather "authoritarian upgrading," by whose application an authoritarian leadership aims at fostering the existing order. However, in a complex globalized world authoritarian leaderships sometimes miscalculate the side-effects of authoritarian upgrading, which inter alia may lead to electoral victories of non-regime parties. The success of the Justice and Development Party in the Moroccan parliamentary elections -- which were held early on November 25, 2014, as a result of demonstrations inspired by the "Arab Spring" -- has been discussed from this angle. However, in comparison to the Moroccan royal palace, the institutional power of the parliament and the government is so much lower that it appears rather unlikely that Morocco has entered the path away from an authoritarian monarchy toward a constitutional monarchy whose king is subordinated to democratic institutions.

In several Arab countries -- particularly Syria, Yemen, and Libya -- the transformation process is accompanied, or even dominated, by a high degree of political violence. In Western analyses these developments are very often described on the basis of the "failed state" concept: This approach portrays the polity as broken down -- the central state fails to deliver security and other services to its citizens. Although the concept catches the crucial issue of the state monopoly of force and its absence, respectively, it fails to grasp that there are actors that -- in the wake of a crumbling central state such as Hafez al-Assad's Syria -- establish new authoritarian orders. Islamic State is often portrayed as a terrorist group -- which it certainly also is -- yet, it is also a state-like actor which attempts to control a certain territory and its people with coercion and legitimacy. Due to the shocking videos documenting beheadings, it is often overlooked that a large number of propaganda videos of Islamic State convey the message of a functioning state providing its citizens with services they need -- contrary to the regimes based in Bagdad and Damascus. The state-like activities of Islamic State indeed not only encompass exploitation but also include legitimizing activities such as distributing financial means.

It has been shown that the Arab world, which with few exceptions was until the Arab uprisings characterized by consolidated authoritarian regimes, became politically more colorful. However, not all Arab countries to which political transformation is often attributed are undergoing deep political change. Moreover, in some countries -- particularly Syria, Yemen, and Libya -- transformation processes are overarched and deeply shaped by a high degree of political violence.

[1] For instance Olivier Roy, The transformation of the Arab world, Journal of Democracy 23 (3), 5-18; Olivier Roy, The myth of the Islamist winter. Egypt and Tunisia aren't sliding into chaos -- they are simply learning how to be democracies, New Statesman, December 13, 2012.

[6] By sending an observation mission, the European Union contributed to legitimizing unfree and unfair elections (Lars Brozus and Stephan Roll, Egypt. The EU election observation mission was a mistake, SWP Point of View, June 4, 2014). Whether this policy was a result of a failed assessment of the character of authoritarianism in Egypt after the military coup or a deliberate policy based on the interest to strengthen the regime of al-Sisi and to "stabilize" the Middle East is a question beyond the scope of the present article.

[10] Martin Beck, Paving the way for democracies or strengthening authoritarianism? Reforms in the Middle East, in The Arab authoritarian regime between reform and persistence, edited by Henner Fürtig (Newcastle: Cambridge Scholars Publishing, 2007), 1-24.

About The Author (Martin Beck):

Martin Beck is Professor for Contemporary Middle East Studies at the University of Southern Denmark.

"The Arab Uprisings Five Years After"