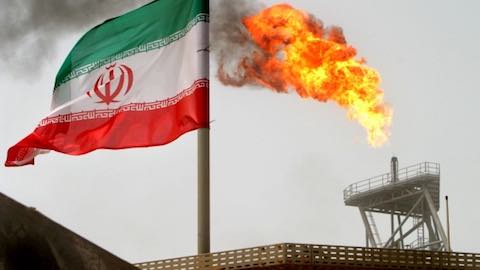 It doesn't take much these days to remind oil traders that Middle East geopolitical risk can raise oil prices. Unrest in Iranian cities is the latest case in point.

News and video records of major protests in Iran pushed Brent prices to $67 a barrel before analysts started pointing out that the risk to oil supply from the protesters themselves was low. That analysis could be too sanguine. The protests in Iran underscore a rising risk across the Persian Gulf: disgruntled populations are willing to sabotage oil facilities to make themselves heard.

Iran has been the site of such attacks of late, especially in the oil rich Khuzestan province known for its Arab separatist movement. In a sign that Iran likely takes the potential for sabotage seriously, an Arab separatist leader who was known to advocate for attacks on oil facilities in Iran was gunned down in Europe recently.

Late last year, Bahrain accused Iran of being behind a terrorist attack on a pipeline that brings oil from Saudi Arabia to Bahrain. Saudi Aramco has also boosted security at its offshore oil facilities on its maritime border with Iran. Those fields, including the Marjan oil field that is shared across the border with Iran, are slated for expansion by Aramco. Iran is also increasing production on its side of the field, called Foroozan. Khuzestan province is also home to fields that are important to Iran's ability to increase its domestic oil production utilizing Chinese investment. Saudi Arabia has accused Iran of being involved in recent missile attacks from Yemen that targeted Riyadh airport and the royal palace.

The accuracy of the thesis that Iranian protests won't spread to oil workers the way they did in late 1978 will depend in large measure on whether Iranian government repression of discontent can be successful in putting down insurgency, as it was in 2009. It is important to remember that the sequence of events that led to the fall of the Shah of Iran took months to unfold. Protests were unrelenting at the end of 1978 and oil workers were eventually motivated by the chaos to deny the military access to fuel to prevent them from killing even more Iranian citizens. As conflict escalated on the streets, oil workers walked off the job, eventually bringing Iranian oil exports to zero.

The Iranian government is well aware of this risk. In 2010, in the aftermath of internal instability in 2009, it increased the presence of the revolutionary guard in the oil sector to prevent a repeat of 1979. Iran's supreme leader Ayatollah Ali Khamenei also never seemed to embrace the notion -- put forward by reformists -- that Iran's economy would benefit from integration with the global economy. Rather, Khamenei has advocated vociferously that Iran needs to stay the course on an economy of "resistance" where indigenous economic capacities are part of the battlefield and individuals sacrifice personal consumer needs in favor of the commanding heights of the state. That view seems to lend credence to commentary that Iran's hardliners themselves started the protests initially to weaken reformers by highlighting the failure of the nuclear deal to bring about tangible economic benefits. If reports of protest slogans are correct, the population could be tiring of the hardliner view that it is a higher calling to remain cut off from the global economy to fund the security of Shiite compatriots via wars in Syria, Lebanon, Yemen, and Iraq. Rather, like citizens in many places around the world, especially countries with oil, some Iranians are asking why they should make such sacrifices for a government that lacks accountability and is excessively corrupt.

Oil markets will be watching carefully to see if the Donald J. Trump administration uses Iran's repression of its own people as a reason to refuse to issue the waiver to keep the United States from violating the terms of the nuclear deal or if the U.S. president -- once again -- refuses to recertify Iran's compliance with the deal, kicking the issue back to a reluctant Congress. Markets will be looking for any signs that U.S. action will make it more difficult for Iran to sell its oil or to raise new oil and gas investments in the Iranian industry.

But as tempting as that grandstanding could be, the United States should probably take no hasty actions on this one until it can give the Iranian people a chance to be fully heard.

If reports are accurate, Khamenei's long standing concept that his fellow citizens should continue to sacrifice in a resistance economy to keep the upper hand in regional conflicts could be losing ground. The United States should do nothing to hinder that momentum.

Acting out in ways that reconfirm the long standing hardliner story line that the United States will always be an enemy to Iran would be a mistake at this time. Rather, the United States should take a breath and with uncharacteristic patience, do nothing regarding sanctions until it can see if the chips fall in a more favorable place.

Photo: A gas flare on an oil production platform is seen alongside an Iranian flag in the Gulf. (REUTERS/Raheb Homavandi)