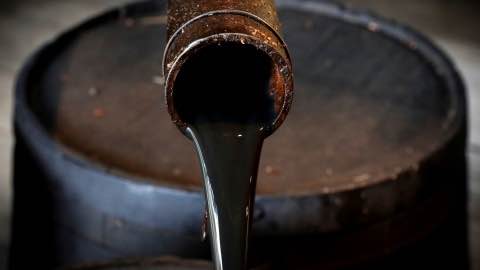 The Organization of Petroleum Exporting Countries (OPEC) decision to cut oil production by 1.2 million barrels a day (b/d), together with Russia and a few other non-OPEC producers, may have garnered the organization's members a few extra dollars temporarily, but it belies larger problems ahead for the 57 year old cartel.

Two of the big side disruptions at OPEC's latest December gathering was the appearance of Brian Hook, Special Representative for Iran and Senior Policy Advisor to the Secretary of State at the U.S. Department of State, at the sidelines of the meeting and Qatar's surprise announcement it would be quitting the organization. Mr. Hook confirmed to reporters just ahead of the OPEC meeting that the U.S. had to grant waivers to Iranian oil sanctions "to ensure we did not increase the price of oil." The envoy said ahead of the OPEC meeting that he expected a "much better-supplied oil market" in 2019, when he said the U.S. would be in a "better position to accelerate the path to zero [Iranian Oil Exports]." The role of the United States in choosing the pace at which to eliminate Iranian oil from the market explicitly based on oil prices raises all kinds of thorny problems both for OPEC and for U.S. policy makers. U.S. sanctions on Iran and any waivers were clearly a factor OPEC has had to consider in forecasting global oil market supply, but the appearance of Mr. Hook at the sidelines of the OPEC meeting in Vienna last week was problematical because it implied, perhaps accidentally, a level of coordination that goes beyond just jawboning allied oil producers to put out more oil to replace Iranian barrels.

The controversy surrounding Mr. Hook's visit to Vienna calls attention to the age-old question that has plagued OPEC in recent years: what oil price should be considered too high or too low? One might have thought that issue would have been front and center in OPEC's recent deliberations. As prices rose to $86 in October, the ramifications for emerging market economies looked dire. U.S. President Donald Trump took to twitter and both publicly and privately the U.S. made the point that oil prices above $65 would be problematic for the global economy. There seemed to be evidence to that view as economic growth and oil demand appeared to falter in the months when oil prices were climbing.

Earlier this year, Saudi Arabia indicated that oil prices of $70 to $80 might be more to its liking, begging the question whether the kingdom's own economic pressures would prompt it to view the world's ability to absorb higher oil prices too optimistically. OPEC has used the vocabulary that it is just trying to "stabilize" oil prices or "balance" the market but those terms are meaningless without a reference to a price range at which that stability would be defined.

Certainly, OPEC and Saudi Arabia specifically, can ill-afford pushing oil prices up to costs that would harm the health of the global economy and thereby crater oil demand more extensively. In that regard, the United States and Saudi Arabia should be seeing eye to eye. Moderate oil prices seem to be in OPEC's long run interests, not only to avoid a massive drop in oil demand, like the one seen in 2009 during the world financial crisis, or like in 1998 from the Asian flu, but also to stave off the acceleration of competing technologies that might someday bring about a peak in global oil demand. The higher the oil price now, the more unconventional oil and gas is likely to leave U.S. shores in the coming years, and the more large logistics companies and others will shift to optimization technologies that will limit oil use. There is also the bevy of alternative transport fuels waiting in the wings for the new oil price spike, including electric batteries, natural gas and hydrogen.

The very concept that these alternative technologies exist has changed the politics of U.S. oil-for-security alliances from within U.S. domestic political leadership circles. U.S. Democrats are far more vociferously questioning the usefulness of the U.S.-Saudi alliance these days. Importantly, Democrats are still highly committed to the clean energy transition so any arguments that Saudi Arabia is an important U.S. ally on oil prices falls on deaf ears. Oil price volatility is a defacto raison d'etre to support electric vehicles and the full left-wing agenda on clean tech. Thus, President Trump's rhetorical comment that a failure to resolve U.S.-Saudi differences constructively could lead to $150 oil fails to stimulate concerns. High oil prices promoted by OPEC would undoubtedly hasten the clean tech revolution while at the same time stimulating U.S. jobs in the shale industry. If U.S. motorists don't agree, the U.S. Congress has a piece of legislation to sell that would authorize the U.S. attorney to file anti-trust charges against OPEC for manipulating oil prices. That legislation weighed into OPEC's deliberations in Vienna and might be one reason Qatar has chosen to quit the organization since passage of the legislation could affect U.S. infrastructure assets such as LNG export terminals and refineries owned by OPEC members. In early October, Qatar's current energy minister told the press that peak oil demand was real and that the world was "pushing oil away as much as possible." Other OPEC countries have expressed similar concerns privately, pitting them against fellow members who might favor policies that produce short term revenues.

As Democratic leaders have been suggesting, there is a coming wave of energy innovation that could mean Saudi Arabia will play less of a role in changing global energy markets. The Saudi leadership is well aware of this existential problem and it is likely one of the reasons its role in global affairs has become more erratic.

But while these technological gains are transforming global energy markets, they are not a spigot. Their exploitation requires the investment decisions of dozens of independent private companies who are following market signals and government incentives that have been unsteady of late. The gradual nature of the digital energy transformation means that temporary events, most recently the economic crisis in Venezuela and U.S. sanctions on Iranian oil, can give OPEC, and even Saudi Arabia on its own, substantial, albeit brief, market power. This proved an uncomfortable fact for U.S. President Donald Trump this fall and for the fragile global economy more generally. It is the reason the U.S. Congress is looking at legislation to defang OPEC.

As the U.S. Congress debates various options, it should continue its policies supporting U.S. makers of electric cars especially because alternative engine technologies help wean the global economy off its reliance on OPEC oil more rapidly. As recent commodity price volatility and OPEC's recent deliberations shows, that will take more than just exporting two or even three million barrels a day from U.S. shores given ongoing instability in many oil producing regions.

In trade talks with China and European automakers, the Trump administration should shift to be a leading voice promoting advanced automotive technology, including for trucks, and adjust any proposed tariff rates accordingly to incentivize advance of new technologies.

Congress should protect policies promoting advanced automobiles in the U.S. and consider stronger efficiency standards for delivery trucks and large freight vehicles. Congressional leaders should also press the Trump administration to quickly settle favorably with California on standards for diversified fueling options. The administration must give more weight to the fact that use of alternative fuels at home in cars and trucks (electricity, natural gas and biofuels) would free more U.S. oil for export to water down the importance of Saudi oil.

It's time to recognize that it is no longer wise to say the United States must back erratic actions of oil producing states because of their premiere role influencing global economic trends. More direct U.S. leadership to reduce the world's vulnerability is needed, not only for one OPEC meeting, but for a more strategic future.

Photo: Oil pours out of a spout. REUTERS/Brendan McDermid/File Photo