Is Israel's Nuclear Weapons Program Based on Deterrence? 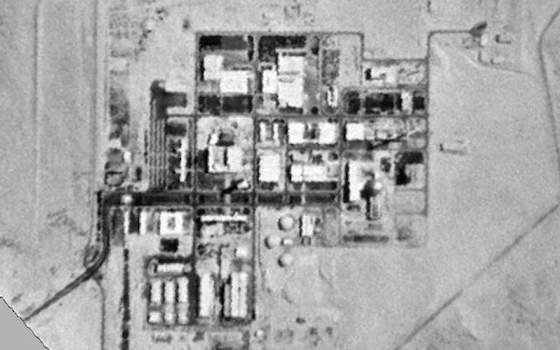 How can Israel use its nuclear weapons program as a deterrent when it refuses to own up to its existence?

The Obama administration this week declassified papers, after 45 years of top-secret status, documenting contacts between Jerusalem and Washington over American agreement to the existence of an Israeli nuclear option.

... The documents outline how the American administration worked ahead of the meeting between President Richard Nixon and Prime Minister Golda Meir at the White House in September 1969, as officials came to terms with a three-part Israeli refusal -- to sign the Non-Proliferation Treaty; to agree to American inspection of the Dimona nuclear facility; and to condition delivery of fighter jets on Israel's agreement to give up nuclear weaponry in exchange for strategic ground-to-ground Jericho missiles "capable of reaching the Arab capitals" although "not all the Arab capitals."

The decision not to pressure Israel to forgo nuclear weapons seemed to fall to, of all people, an assistant to Assistant Secretary of State Joseph Sisco named Rodger Davies. He maintained that "If we choose to use the maximum option" -- apply the most pressure to Israel, that is -- "on the nuclear issue, we may not have the necessary leverage left for helping along the peace negotiations," of the Six-Day War. Oren writes:

The documents are an intriguing illustration of organizational politics. Unexpectedly, the Department of State's approach was softer. It opposed threats and sanctions because of the fear of obstructing Rogers' diplomatic moves if Israel hardened its line.

Oren also sheds light on Israel's policy of nuclear ambiguity about its nuclear weapons program "which for the sake of deterrence does not categorically deny some nuclear ability but insists on using the term ‘option'." In other words, Israel denies its nuclear program because it doesn't want to be in violation of international norms by possessing nuclear weapons without signing the nuclear Non-Proliferation Treaty. Otherwise it would be viewed in the same light as Pakistan, North Korea, and, in the not too distant future, it believes, Iran. But Israel is also willing to incur some doubt; otherwise, the main purpose of a nuclear-weapons program -- deterrence -- would be for naught. More from Oren:

The contradiction in this stance, according to the Americans, was that Israel "would need a nuclear force that is publicly known and, by and large, invulnerable, i.e., having a second-strike capability. Israel is now building such a force -- the hardened silos of the Jericho missiles."

"it is not really possible to deter Arab leaders -- and certainly not the fedayeen -- when they themselves represent basically irrational forces. The theory of nuclear deterrence that applies between the U.S. and the U.S.S.R. -- a theory that requires a reasoned response to provocation, which in turn is made possible by essentially stable societies and governments -- is far less applicable in the Near East."

Four years before the Yom Kippur War in October 1973 and the general scorn for Egyptian President Anwar Sadat, the Nixon administration wrote that Israel "would never be able to rule out the possibility that some irrational Arab leader would be willing to sustain great losses if he believed he could inflict decisive damage on Israel."

Terrorist leaders famously become more rational once they become responsible for a people or a state. Baghdadi would likely be loath to threaten his newly christened caliphate by attempting to prolierate and thus inviting preemptive strikes.

"Is Israel's Nuclear Weapons Program Based on Deterrence?"