Israel Projects Its Own Nuclear Behavior on to Iran 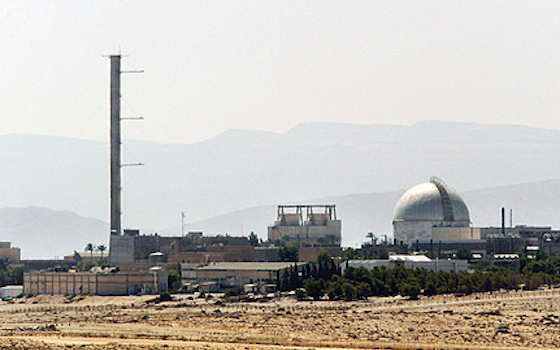 Israel Projects Its Own Nuclear Behavior on to Iran

Israel and Iran: It takes one to know one -- or think it knows one

In a story that seems to have gone unremarked upon by other journalist, on March 31 at Inter Press Service, Gareth Porter reported:

The Barack Obama administration appears to have rejected a deal-breaking demand by Israel for an Iranian confession to having had a covert nuclear weapons programme as a condition for completing the comprehensive nuclear agreement.

In fact, though, the Obama administration had "seemed to suggest that some kind of Iranian admission to past nuclear weapons work is a condition for a final agreement." But, its "rhetoric on resolving IAEA claims of a nuclear weapons programme appears to be less about forcing Iran to confess than responding to pressures from Israel and its supporters in the United States."

In a provocative December 2013 blog for the Washington Post titled Why is the U.S. okay with Israel having nuclear weapons but not Iran?, Max Fischer had written:

Is there something hypocritical about the world tolerating Israel's nuclear arsenal, which the country does not officially acknowledge but has been publicly known for decades, and yet punishing Iran with severe economic sanctions just for its suspected steps toward a weapons program?

When U.S. intelligence did finally discover Israel's nuclear facility, in 1960, Israeli leaders insisted that it was for peaceful purposes and that they were not interested in acquiring a nuclear weapon. Quite simply, they were lying, and for years resisted and stalled U.S.-backed nuclear inspectors sent to the facility.

This may help shed some light on why the United States and Israel are both so skeptical of Iran's own reactor, potentially capable of yielding plutonium, under construction at Arak.

Thus doth Israel project its own sins onto Iran. As they say in support groups, you're only as sick as your secrets. To play armchair psychoanalyst, it's as if by forcing Iran to admit that it tried to develop nuclear weapons, Israel will absolve itself of its nuclear lies. The fly in the ointment, of course, is that Israel has a nuclear-weapons program and Iran none.

"Israel Projects Its Own Nuclear Behavior on to Iran"