How the U.S. Enabled the Islamic State 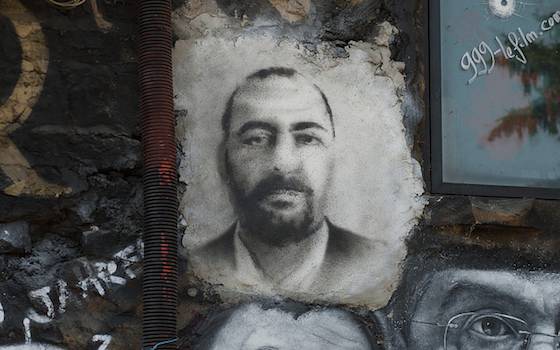 Contradictory U.S. policies, as with Al Qaeda a generation ago, have aided and abetted the development of the Islamic State

In fulfilling the terrorists' dream -- transforming into a state with an army -- ISIS, now the Islamic State, has become the stuff of nightmares for much of the Middle East and the West. I almost wrote that it had become "the worst nightmare," but I'll reserve that for when it obtains nuclear weapons. (Wait -- what?)

But, to some extent, the Islamic State is a product of the United States. Here are five reasons why:

1. The general state of chaos in which the United States left Iraq with, to this day, no strong central government.

2. "The U.S. has ensured that ISIS can reinforce its fighters in Iraq from Syria and vice versa," writes Patrick Cockburn in an excerpt from his new book posted at Foreign Policy in Focus. Some background from Cockburn:

The reality of U.S. policy is to support the government of Iraq, but not Syria, against ISIS. But one reason that group has been able to grow so strong in Iraq is that it can draw on its resources and fighters in Syria. ... So far, Washington has been successful in escaping blame for the rise of ISIS by putting all the blame on the Iraqi government. In fact, it has created a situation in which ISIS can survive and may well flourish.

3. Washington has been a factor in allowing advanced weaponry to fall into the hands of the Islamic State. Cockburn:

Jihadi groups ideologically close to al-Qa‘ida have been relabeled as moderate if their actions are deemed supportive of U.S. policy aims. In Syria. ... the powerful but supposedly moderate Yarmouk Brigade, reportedly the planned recipient of anti-aircraft missiles from Saudi Arabia, was intended to be the leading element in this new formation. But numerous videos show that the Yarmouk Brigade has frequently fought in collaboration with JAN, the official al-Qa‘ida affiliate. Since it was likely that, in the midst of battle, these two groups would share their munitions, Washington was effectively allowing advanced weaponry to be handed over to its deadliest enemy. Iraqi officials confirm that they have captured sophisticated arms from ISIS fighters in Iraq that were originally supplied by outside powers to forces considered to be anti-al-Qa‘ida in Syria.

4. Washington never made a concerted effort to staunch the flow of funds from Saudi Arabia to Islamist extremist groups (especially Al Qaeda). Cockburn:

The key decisions that enabled al-Qa‘ida to survive, and later to expand, were made in the hours immediately after 9/11. Almost every significant element in the project to crash planes into the Twin Towers and other iconic American buildings led back to Saudi Arabia.

... Citing a CIA report from 2002, the official 9/11 report says that al-Qa‘ida relied for its financing on "a variety of donors and fundraisers, primarily in the Gulf countries and particularly in Saudi Arabia."

5. After invading Iraq, the United States disbanded the Iraqi Army. Some of its leaders occupy top positions in the Islamic State's armed forces.

As I posted previously, "In other words, the Middle East is still suffering the effects of Coalition Provisional Authority Order Number 2 issued by CPA administrator Paul Bremmer and the Defense Department, which ordered the Iraqi military of Saddam Hussein disbanded." I quoted Ben Hubbard and Eric Schmitt of the New York Times, who wrote that Islamic State chief Abu Bakr al-Baghdadi "handpicked many of his deputies from among the men he met while a prisoner in American custody at the Camp Bucca detention center a decade ago." They continue:

He had a preference for military men, and so his leadership team includes many officers from Saddam Hussein's long-disbanded army.

They include former Iraqi officers like Fadel al-Hayali, the top deputy for Iraq, who once served Mr. Hussein as a lieutenant colonel, and Adnan al-Sweidawi, a former lieutenant colonel who now heads the group's military council.

The pedigree of its leadership ... helps explain its battlefield successes: Its leaders augmented traditional military skill with terrorist techniques refined through years of fighting American troops, while also having deep local knowledge and contacts.

I've probably missed a few of the ways in which the United States enabled the Islamic State. If you think of any, please add in the comments section.

"How the U.S. Enabled the Islamic State"