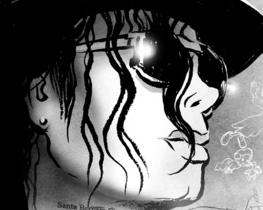 Sometimes, death is a blindside hit.

But sometimes, death is lightning from a clear blue sky, a car that runs the red light, ice-cold water dumped on you from behind.

That's how it was when Michael Jackson died.

It seemed cruel in the very suddenness of it, harsh in the abruptness of its reminder that there are no guarantees and that the next breath -- the very next breath -- cannot be taken for granted. Here today, gone today. Gone too soon.

Jackson's death left those of us who grew up with him groping for resolution, words of summation in a moment when words of all kinds are elusive as smoke.

What to say about Michael Jackson?

It is a difficult question to answer about anyone who suddenly dies. It is especially difficult to answer about Jackson. After all, he was a ferocious singer, boneless dancer, world-class showman, music video pioneer, racial barrier breaker, astute businessman, dedicated humanitarian, profligate spender, plastic surgery addict, painkiller addict, adulation addict, reclusive eccentric, alleged deadbeat and washed-up has been, who may, on top of all that, have gotten his jollies molesting little boys.

Yes, as a legal matter, a jury of his peers said in 2005 that the molestation never happened. As a practical matter, some of us will always wonder.

It was easier before the blindside hit.

At the time of his death, Michael Jackson had not released a significant record in 18 years. His public profile rested almost entirely on a series of increasingly bizarre and unsavory misadventures -- debt, lawsuits for nonpayment, sleeping (innocently, he said) with boys, going to court in pajamas.

You looked at this guy and wondered what he had done with Michael Jackson -- the real Michael Jackson, the boy prince of Motown with the perfect 'fro, the frictionless feet and the smile that seemed lit from within. This was not Michael Jackson. This was some odd, vaguely repellent creature unused to the way things are done in our world.

But judgments made in the heat and motion of a life are not like those made in the coolness and inertia of a death. In life, judgments are about what is immediately before you, what is now. In death, they are broader and, perhaps as an inevitable byproduct, usually more generous.

So you wonder, many of us who grew up with him, why you don't share their anger. Maybe it is that he is only "suspected" -- a loophole for conscience. Maybe it is sentimental memory and residual affection washing down like rain, cleansing his sins. He was with us and we with him for so long -- maybe we owe him that?

Or maybe we should just admit resolution is not possible. Michael denies it to us. Instead, in one last act of legerdemain, he forces us to split ourselves in two, become a union of opposite emotions, find a way to simultaneously hold contrary viewpoints in mind, minimize none of it, accept all of it -- balance like a dancer frozen on tiptoes.

How fitting that image became his logo. And now, I think, it is his truest legacy.

So I'll say only this: Michael Jackson died last week. I scorned him. I admired him. And I'm sorry he's gone.