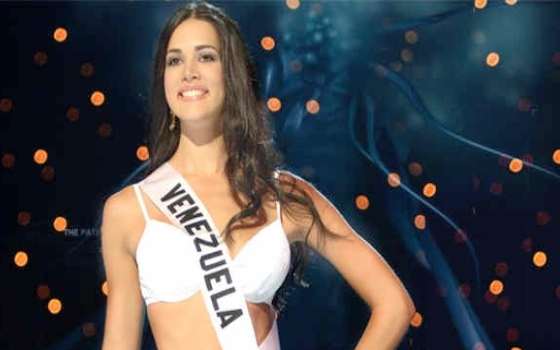 The murder of a former Miss Venezuela and her husband in front of their 5-year-old daughter is drawing world attention to the phenomenal rise of crime in , and leading many to wonder whether the crime epidemic is at least partly fueled by a government rhetoric that glorifies violence.

Granted, high crime rates are largely due to corrupt police forces, weak court systems that rarely send criminals to jail, and prisons that have become crime schools. In addition, a combination of declining school systems and cash government subsidies to the young have created a new generation of idle youths who neither study nor work, and who often end up as criminals.

In all of this, is not too different from other crime-ridden Latin American countries that according to U.N. figures are among the world's most violent nations.

But in , there is a big difference: over the past 15 years, since late President took office, the government has used an incendiary rhetoric that glorifies violence.

Chavez himself in 2007 took his oath of office proclaiming "Fatherland, Socialism or Death!" In his speeches, he turned former coup plotters and guerrillas into "martyrs," promoted the creation of paramilitary "people's militias," and urged the people to support him in a "war" against "the fascist oligarchy."

In official rhetoric, government supporters are not sympathizers, but "combatants." Merchants are not business people, but members of the "parasite bourgeoisie." Political adversaries are not opponents, but "scum" and "enemies of the fatherland."

President has continued - and sometimes even exacerbated - Chavez's confrontational rhetoric. As recently as in November, Maduro called for the "occupation" of department stores that were allegedly failing to comply with government price controls. When thousands of looters ransacked department stores, even the military were seen loading their motorcycles with television plasmas.

Amid this everything-goes culture, homicide rate has quadrupled from 19 per 100,000 people when Chavez took office 15 years ago, to 79 per 100,000 inhabitants today, according to the , a non-government group that tracks violent crimes.

This week's murder of former Miss Venezuela Monica Spear, a -based actress who was killed with her ex-husband in front of their daughter - who survived - in a robbery attempt while they were vacationing in , has led Maduro for the first time to acknowledge that has a huge crime problem.

, head of the -based Foro Penal Venezolano, a non-government anti-crime group, told me in a telephone interview that what differentiates from other crime-ridden countries is that it's violence is anarchic, and tacitly encouraged by the government's anti-rich rhetoric.

Chavez installed the idea in society that stealing is not necessarily bad, and that criminals are not necessarily bad people, because they are victims of the capitalist system. That has contributed to the current epidemic of robberies and murders, he said.

My opinion: I agree. Obviously, much like in other countries, the main cause behind soaring crimes rates is a rotten law enforcement system.

But in , the government's incendiary rhetoric against the "fascist bourgoisie" - the very people who keep the economy afloat - makes things worse. Fortunately, after months denying that had a crime problem, Maduro on Wednesday invited opposition governors to the presidential palace to seek ways to fight the crime epidemic.

Now, Maduro should, among other things, tone down his confrontational speeches because they have helped promote a culture of violence that has encouraged crimes such as attempted robbery that ended in murder.