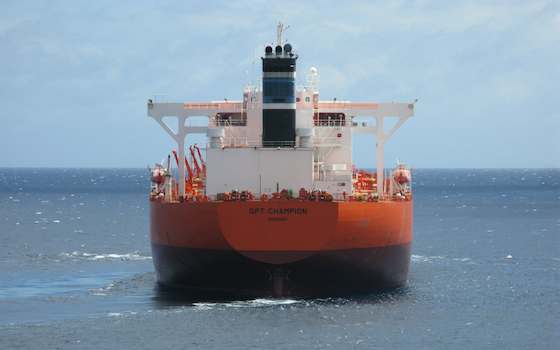 Some conservative members of the are asking the Obama administration to impose economic sanctions against , starting with a 10 percent cut in U.S. oil imports from that country.

But that would be a bad idea. There are much smarter things that the U.S. government could do.

"I would like to respectfully request that the immediately reduce by at least 10 percent our oil imports from ," congresswoman (R-) wrote in a letter to U.S. Secretary of State .

In a later statement, she said the measure would "send a signal of support to those being oppressed" by Venezuelan President . Congressman (R-) supports the partial oil embargo idea, while other Republicans, including Sen. are calling for unspecified U.S. sanctions against the Maduro government.

They say that the deaths of at least a dozen people who were demonstrating in peaceful marches, the country's recent expulsion of three U.S. diplomats, Maduro's censorship of the press, and the recent arrest of opposition leader require a stronger U.S. government response.

Many Latin American experts in agree that the Obama administration cannot look the other way as peaceful protesters are massacred by government-supported armed thugs.

But critics say there are several reasons why cutting U.S. oil imports from would be a bad idea.

First, a partial or total U.S. oil embargo would give Maduro a huge propaganda victory, because he would get precious ammunition to support his claims that he is the victim of a U.S. plot to oust him. Maduro repeats this assertion daily, but has not yet shown solid evidence to support it.

Maduro's strategy - copied from - is to "internationalize" the Venezuelan conflict, so that it is not seen at home and abroad as a clash between his government and the Venezuelan people, but as a conflict between a sovereign country and a foreign empire. A U.S. embargo on Venezuelan oil would help shift the focus to the latter ground, critics say.

Second, cutting oil imports from would not have an immediate impact on the Venezuelan government, in part because much of oil exports to have been sold months or years in advance through the so-called futures market. In addition, could sell the embargoed oil to other countries.

Third, a U.S. oil embargo on would not be easy to implement, because the U.S. government does not buy Venezuelan oil. Private U.S. companies import oil from , just like they do from other oil-producing countries.

Imposing a partial U.S. embargo on Venezuelan oil imports would expose U.S. oil companies - mostly , the biggest U.S. investor in oil sector - to being nationalized by the Maduro government, says , a Latin American oil industry analyst with the .

Fourth, even if oil sanctions managed to worsen already dire economic situation, they could hurt the Venezuelan people even more. Maduro may simply pass on the costs to Venezuelan consumers and blame "the U.S. empire," much like has been doing for the past five decades, critics say.

So what should the do? Most watchers in agree that Obama should continue speaking out against attacks on democratic freedoms and human rights abuses, as is his duty under inter-American and conventions.

In addition, some propose that the Obama administration revoke the U.S. visas of key Venezuelan officials and their relatives, many of whom are multi-millionaires with houses in , and vacation in Disneyworld. It seems like a trivial U.S. response, but it's a very effective one against embers of the so-called "Bolivarian bourgeoisie," supporters of these visa restrictions say.

My opinion: Oil embargoes work when much of the international community supports them, as is the case with . But a unilateral U.S. oil embargo on , even if partial, would give new propaganda ammunition to the Maduro government, without doing much to help the pro-democracy cause.

should focus its energies on raising international diplomatic pressures on the Venezuelan government to free political prisoners and restore a separation of powers and press freedom in that country. And if the decides that that's not enough, it should revoke the U.S. visas of Venezuelan government and military leaders. But an oil empargo, partial or total, would play into Maduro's hands.