Russian Bases in the Americas: A Bluff? 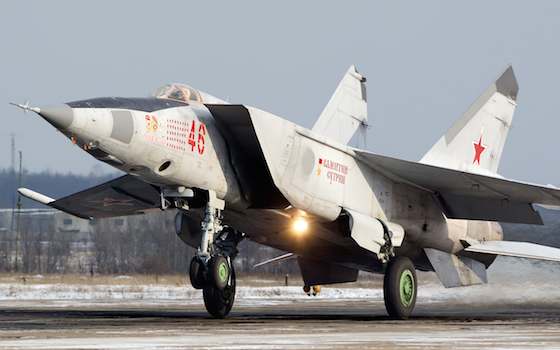 Russian Bases in the Americas: A Bluff?

When Russian Defense Minister said that is seeking to establish a military presence in , and , many of us dismissed it as a private comment by a top official who may have had one vodka too many.

But after Russia's annexation of Crimea, with growing speculation that we are returning to the days of the Cold War, and with press reports of the surprise arrival of a Russian spy ship - the Viktor Leonov SS-175 - in , it may be time to take a second look at Shoigu's remarks.

According to a report by the Russian news agency, Shoigu said that "is planning to expand its permanent military presence outside its borders by placing military bases in a number of foreign countries," including , , , and .

"The talks are under way, and we are close to signing the relevant documents," Shoigu was quoted as saying. The agency added that is working toward the goal of "expanding global influence."

Currently, has only one naval base outside the former - in Tartus, , the report said. In 2002, closed a radar base in , and a naval base in .

In addition to the Russian intelligence ship that was seen at the on , at least four other Russian Navy ships visited last August, the Venezuelan daily El Universal reported .

Most political and military analysts in tell me that is most likely not thinking of setting up full-blown military bases in , or , but rather small-scale refueling stations for its ships and warplanes.

One of the most widely held theories is that Russian President wants to send a message to - if keeps encroaching into periphery, will reciprocate.

anxiety has grown in recent years with the U.S.-backed expansion of the Western NATO military alliance, and more recently with statements that it wants to join the 28-member , analysts say.

Others believe that , which faces economic troubles because of weak world oil prices, may want to establish a military presence in , and in order to increase arms sales to these countries.

Over the last 12 years, has sold more than worth of war planes and military equipment in , nearly 80 percent of it to , according to state-run Rosoboronexport weapons firm.

U.S. officials are skeptical about the possibility of Russian military bases in . One senior official told me that Constitution prohibits the establishment of foreign military installations, and that defense minister has said that he is unaware of any negotiations with on this issue.

But Republican hard-liners are already accusing the Obama administration of failing to recognize an alleged Russian threat in the region.

"The Russians are pushing into an area that is neglecting," says , an fellow and former head of Latin American affairs at the Bush administration's . "The Russians have the capacity, the means and the motives to do this."

My opinion: It's hard to take Russian Defense Minister Shoigu's remarks too seriously, because is essentially broke, and can't afford a major military expansion abroad.

Despite Putin's annexation of Crimea and his obvious desire to rebuild the former Soviet empire - replacing the old Communist ideology with his rampant crony capitalism - the fact is that GDP in nominal terms is smaller than , and smaller than .

Still, Putin is the type of megalomaniac who is more interested in making his country powerful than in making his people prosperous. He may try to establish some kind of military presence in , both as a show of force and to try to sell more weapons.

My biggest fear is that a larger Russian military presence would drive to respond in kind. We could see a new East-West arms race in , in which arms merchants on both sides will get richer, and the region's people will get poorer.

"Russian Bases in the Americas: A Bluff?"