Latin America Will Do Well, But Not Great, in 2014 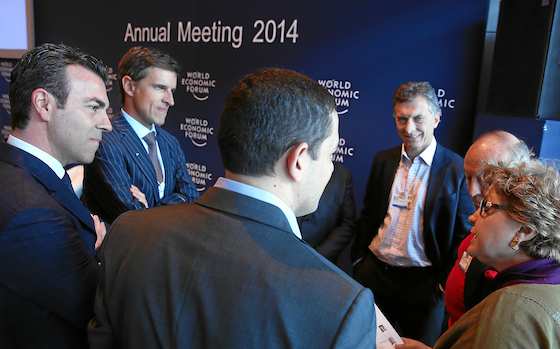 Latin America Will Do Well, But Not Great, in 2014

Some of the best-known international institutions have just released their economic forecasts for in 2014, and most of them agree that this will be a better year than 2013 in the region. The big question is whether they aren't too optimistic.

projected that economy will grow by 3.2 percent this year, up from 2.6 percent last year.

ECLAC head told me in an interview from the commission's headquarters in , that she expects higher growth in the region this year because two largest economies, and , will grow more than last year, and because the U.S. economic recovery will help many countries increase their exports to the U.S. market.

In addition, crisis seems to have bottomed out, and economy has not fallen as much as some feared, all of which will further help Latin American exports, she said.

"We are moderately optimistic," Barcena told me. "But we aren't talking about major growth. We're talking about a 3.2 percent growth, which remains a pretty mediocre growth rate, even if it's better than last year's."

A separate economic forecast released by the earlier this week sounds equally upbeat about the world economy, and about in particular.

annual forecast, entitled Global Economic Prospects, says that high-income economies are "appearing to be finally turning the corner five years after the global financial crisis," and that growth will pick up in developing countries,

Looking beyond this year's projections, the study says that "the regional economic outlook is projected to strengthen over the medium term." It projects that economy will grow by 3.2 percent in 2015, and by 3.7 percent in 2016, largely thanks to an expected expansion of global trade.

is scheduled to announce its official 2014 economic growth projections next week, but top IMF officials have already painted a bright picture for the year.

Lagarde said she expects , , and to be among the region's best-performing economies.

My opinion: While international institutions have some of the world's best economists, I tend to take their economic projections with a dose of skepticism. Past experience has taught me that they tend to err on the side of optimism, perhaps because they are under tacit pressure from governments of their member countries, or because, when in doubt, they want to create a climate of confidence.

The good news is that economy will most likely grow this year. The bad news is that - if past projections are any indication - it probably won't grow by as much as major international institutions are prodicting.