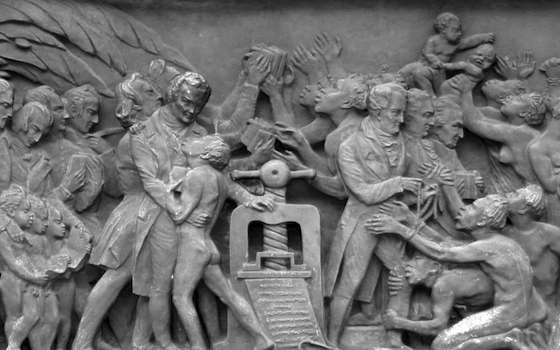 A new report on press freedoms worldwide contains a chilling figure: Only 2 percent of Latin Americans live in countries with a free press. But I wonder whether the report paints an accurate picture of what's going on in the region.

Before we get into that, let's look at the main conclusions of the "Freedom of the Press 2014: A global survey of media independence" report by Freedom House, one of the oldest and most influential human rights advocacy groups in

According to the report, global press freedom has fallen to its lowest level in more than a decade, mainly because of a major regression in , and , and less dramatic but significant setbacks throughout the world.

Even in , one of the few countries in the Americas that Freedom House still classifies as "Free," there has been a shift for the worse. Government snooping practices revealed by former contractor and the targeted surveillance of the phones of journalists are serious reasons for concern, the report says.

Among "Partly Free" countries, ranks 31st, only one position away from the group rated as "Free," ranks 44th and 50th. ranks 45th, because of attacks on journalists, legal actions against bloggers and government actions to remove content from Internet companies, and , ranked 51st, remains "a country of concern" in part because of the government's ongoing verbal attacks on critical journalists.

Among the Latin American countries rated "Not Free" are (62), where the government passed laws to silence the media, and (64) and (61), where drug trafficking and organized crime violence is keeping much of the media muzzled, the report says.

Further along the list, indicating that they are even less free, are (78), where the government has bought the last remaining critical media outlets, such as the Globovision, through government cronies, and (90), one of the world's most repressive countries, it says.

But I wonder whether the Freedom House report paints an accurate picture of media freedoms in .

Is it fair to put , where non-government media are officially banned, in the same "Not Free" category as ? Or to put national media, which expose government corruption on a daily basis, with Brazilian state media and local media that are often silenced by governors or mayors?

If you go , , or , it's really difficult to believe that these countries live in a non-free media environment. In fact, in many of these places, you see vibrant independent media that in many cases are doing a better job in exposing government and corporate abuses than the increasingly frivolous U.S. media.

If you go to , you will find big headlines in the national media about a national oil company's financial scandal that is tainting President office. national media - especially and dailies such as Folha de and - have also exposed the mensalao scandal of bribes paid by former President government to legislators, which has resulted in prison sentences to key former Lula aides.

In , despite President efforts to silence the media, television anchorman has denounced massive corruption in Kirchner government contracts with businessman , while the daily La Nacion's investigative reporter has revealed scores of shady government deals, including one in which Vice President , in a previous government job, pardoned millions in back taxes to a company he later allegedly acquired.

My opinion: The Freedom House index is a worthy effort, but it mixes apples and oranges. You can't put countries that suffer from government censorship in the same basket with others where drug gangs and organized crime try to silence the media. They are two different problems that are sometimes intertwined, but that most often require different solutions.

Having said that, it's fair to say that has a growing freedom of the press problem. The number of Latin Americans with easy access to independent journalism is probably much higher than 2 percent, but it's undeniably lower than a decade ago.