Latin America's Economic Forecasts May Be Too Rosy 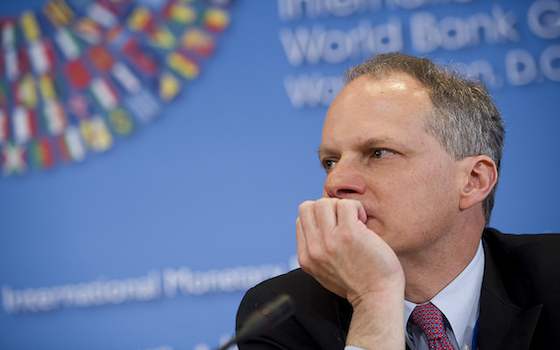 Latin America's Economic Forecasts May Be Too Rosy (Photo: IMF)

What's most interesting about the and economic projections is not that they forecast a slower-than-expected growth in for 2014 - we already knew that - but that they foresee a rebound in 2015 and 2016.

Are the good times coming back to the region? Or are the world's largest financial institutions once again being too optimistic?

According to the IMF's semi-annual report released at its spring meeting in on , economy will grow by 2.5 percent this year, and by 3 percent next year. That's lower than the region's growth rates in the past decade, but suggests that its economies may soon begin to rebound.

, in its "consensus forecast" based on nearly three dozen projections by mostly private sector banks, said that economy will grow by 2.3 percent this year, and by 3 percent in 2015. In January, the had forecast an "upbeat" future for the region, forecasting a 3.7 percent growth rate in 2016.

Among the region's largest economies, the best-performing one will be , which is scheduled to grow by 3 percent this year, and by 3.5 percent next year, the IMF said. " ongoing economic reforms, especially in the energy and telecommunications sectors, herald higher potential growth for the medium term," the IMF said in its report.

Among the countries that will show meager growth are , the region's largest country, which is projected to grow by 1.8 percent this year and 2.7 percent next year, according to the IMF. economy will continue to suffer from a "loss of competitiveness and low business confidence," the IMF said.

Finally, worst performing economies will be and , the IMF says. economy will shrink by 0.5 percent this year, and will drop by another 1 percent next year.

In an interview, IMF Western Hemisphere director told me that he projects inflation rate, which reached a world record of 56 percent last year, to rise to 75 percent in 2014.

Werner said that unless adopts an economic adjustment program, inflation may turn into hyper-inflation in coming years. "Typically, when countries reach inflation rates of 50 or 55 percent, they either adopt adjustment programs to put a break on it, or inflation keeps growing progressively," he said.

economy is projected to remain virtually flat, with a 0.5 percent growth this year, and will probably grow by 1 percent next year.

Overall, both the IMF and the predict a rebound in 2015, mainly because of expectations that the world economy will improve, and that the ongoing depreciation of Latin American currencies will help boost the region's exports. Also, economic reforms in and may start drawing massive investments next year, economists say.

My opinion: I'm a bit skeptical about the upbeat projections for 2015, because - despite having some of the best economists in the world - international financial institutions often work too closely with government officials of the countries they study, and tend to err on the side of optimism.

At this time last year, both the IMF and the , as well as the , projected that would grow by 3.5 percent in 2013. Now, the three institutions agree that the region grew by only 2.5 percent last year.

Unless - the region's largest economy - takes serious measures to encourage investments and become more competitive in the world economy, and and make a serious U-turn from their disastrous spending sprees of the past decade, my guess is the region will barely grow over the next two years.

I hope I'm wrong about this, but based on last year's forecasts, I recommend to take the IMF, and ECLAC economic growth projections very seriously - and then take one full percentage point off each of them.

"Latin America's Economic Forecasts May Be Too Rosy"