Believers in U.S. Decline Will Be Disappointed 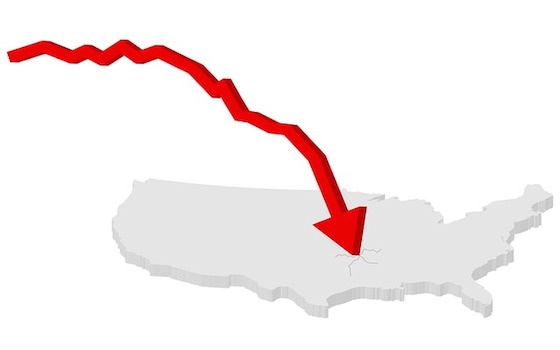 Believers in U.S. Decline Will Be Disappointed

When I read the document about the "crisis of capitalism" issued by ruling party, I couldn't help wondering whether its writers live on this planet, or have been watching the news in recent years. The document is so off the wall that you have to ask yourself whether the problem with leadership is political, or psychiatric.

There is no question that capitalism is a work in progress, and that it needs to be fine-tuned to protect those falling in its cracks.

But to believe that capitalism and its most visible face - - are in an inexorable decline as ruling party states and a surprising number of Venezuelans, Argentines, Bolivians and other Latin Americans still believe, flies in the face of reality. In fact, the opposite is true.

Venezuelan President , who inaugurated the that produced the 34-page document titled "Ideological and Pragmatic Document: The Crisis of Capitalism and Its Most Relevant Traits," either ignores or chooses to ignore several facts that point to a significant U.S. economic rise in coming years.

The most immediate one is the U.S. energy revolution. Thanks to a new technology known as fracking, or horizontal drilling, U.S. energy production is booming. , which until 2008 was a net oil importer, may surpass and to become the world's biggest oil producer by the end of this decade, according to the .

"The recent surge of U.S. oil and natural gas production has been nothing short of astonishing," , head of commodities research at Citi, writes in the current issue of . "For the past three years, has been the world's fastest-growing hydrocarbon producer, and the trend is not likely to stop anytime soon."

In addition to the "fracking" revolution, U.S. energy production is benefiting from falling oil consumption thanks to more efficient cars and buildings, and from increasingly lower oil production costs thanks to new technologies.

"These trends will provide a significant boost to the U.S. economy," Morse writes. will move from a trade deficit for oil in 2011 to a surplus for oil and a surplus for gas by 2020. Meantime, the cartel of oil-producing countries will become increasingly irrelevant, he says.

Interestingly, the fracking revolution is a U.S. phenomenon, which will be hard to replicate by , , , or , economists say. The reason is that is one of the few countries that gives landowners the legal rights over the resources below their properties, including oil and gas, which means that has a unique eco-system in which thousands of landowners compete to produce more and cheaper energy.

In other parts of the world, where the governments own oil and gas reserves, landowners tend to oppose fracking, because they face only the downsides and few benefits of the new technology. , and other European countries have already suspended fracking operations because of environmental concerns by landowners.

But the U.S. energy revolution is only one of the reasons preachers of the "crisis of capitalism" may be proven wrong. The innovation revolution - which has already brought us and Apple, and may soon bring about mass-consumption of 3D printers, self-driving cars and privately-run space travel - is thriving in and several other U.S. regions.

My opinion: A dispassionate look at reality shows that while should be careful not to allow its ongoing energy production boom to damage the environment, the country is heading for better times. , on the other hand, suffers from growing food shortages, has the worst economic growth rate in the region and one of the world's highest inflation rates, which is projected to be 75 percent this year.

All of this is well-known to many of us, but it's amazing how many Latin American rulers and their political parties keep fooling their countries with fairy tales about the inexorable decline of U.S. capitalism. In many cases, it's their own countries that are in a free fall.

"Believers in U.S. Decline Will Be Disappointed"