Argentina has a lot in Common with Justin Bieber 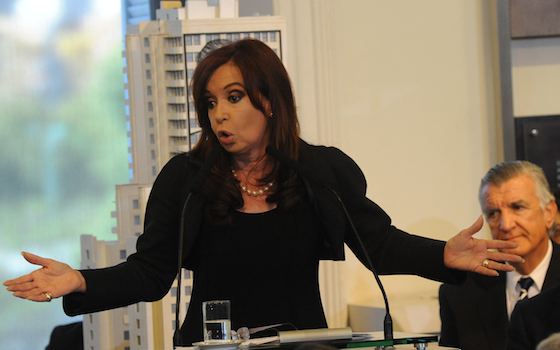 Argentina has a lot in Common with Justin Bieber

The recent summit of Latin American leaders in was a textbook case of political tourism and empty pledges, but something very good may have come out of it - saving the four-country Pacific Alliance trade bloc.

The leaders of the Pacific Alliance - the ambitious trade bloc made up of , , and - held several bilateral meetings on the sidelines of the Community of Latin American and Caribbean Countries (CELAC) summit in , and talked at length about the future of their trade bloc.

What was especially important about these lateral meetings was that they were also attended by , the left-of-center president-elect of . Bachelet, who takes office on , flew to the Cuban summit at the invitation of outgoing president, .

Before Bachelet's trip with Pinera to , there had been serious concerns about the future of the Pacific Alliance because of reports that will cool off its support for the group once Bachelet takes office.

First, there was the question of whether Bachelet will enthusiastically back a regional group that was founded by her predecessor and political rival. Second, Bachelet's campaign platform has explicitly called for to downplay its activism in the Pacific Alliance, and promote stronger ties with and other Atlantic coast countries.

But the bilateral meetings on the sidelines of the CELAC summit in may have helped the leaders of , and persuade Bachelet not to drastically diminish active role in the Pacific Alliance, well-placed officials who participated at the meetings in told me.

Unlike other mostly ceremonial integration groups in the region, the Pacific Alliance is all about business. Among other things, it is creating a free trade area among member countries, establishing joint trade offices in and , and creating a four-country common stock market.

As for the larger, much-publicized CELAC summit, one just needs to read its final declaration to realize it was a farce. The final declaration says participating countries "ratify our irrevocable will...to strengthen our democracies and all human rights for all."

It's no joke: they pledged to strengthen democracy and human rights at a meeting presided over by Gen. , a military ruler whose family dictatorship has not allowed a free election, political parties or independent media in 55 years.

What's just as bad, they signed the declaration at the very same time as the Cuban regime was rounding up hundreds of dissident leaders to prevent them from holding peaceful demonstrations during the summit.

To his credit, Pinera met in with Ladies in White opposition leader . And Costa Rica President sent a government delegation to meet with leaders.

The 70-point CELAC declaration was full of empty pledges to "continue advancing" toward economic integration," but without any concrete steps to do so.

Sadly, there are now almost as many Latin American integration organizations as countries in the region.

Despite these summits, continues to be one of the least integrated regions in the world: only about 18 percent of total trade is within the region, as opposed to 65 percent of the total trade, according to figures.

Why did Latin American presidents lend themselves to the CELAC charade? and want to be well positioned diplomatically and economically for the inevitable transition in . Other countries, in light of recent measures such as allowing its people to travel abroad, believe that it will be more effective to "accompany" the Cuban regime toward greater changes than antagonizing it.

My opinion: It was pathetic to see Latin American presidents waiting in line to appear in smiling pictures with . Many of these leaders will regret these pictures when the Castro brothers die, and the full extent of their human rights abuses comes to light.

If something good came out of the CELAC meeting, it may be things that happened on the sidelines, such as the meetings in which Bachelet may have been persuaded not to turn her back on the Pacific Alliance.

"Argentina has a lot in Common with Justin Bieber"