It's Still a Wonderful Life 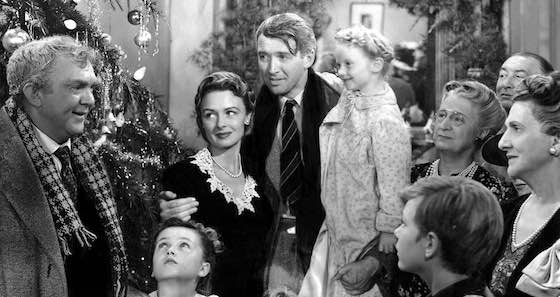 It's Still a Wonderful Life

To many Americans, the Christmas season wouldn't be complete without at least a few scenes from "It's a Wonderful Life." The movie wasn't a box-office hit when it was released just after the Second World War, but it's acquired quite a following since -- and even some critical acclaim.

Years ago I read a brief analysis of "It's a Wonderful Life" by a professor of American Studies at . To him, it showed that, while life can be "an enriching experience, it also can be smothering, where you end up marrying the girl you went to high school with, and you never get to go to Europe. ... It tells us George is one of the most sad and lonely and tragic characters ever imagined. I cry when I see it."

The movie makes marrying your high school sweetheart seem any number of things, including comedy, but never tragedy. tearjerker is a celebration of the ordinary middle-class virtues, which are not nearly ordinary enough in these times.

a tragic figure? Come on. Why, he's the richest man in town, as his brother says at the end of the movie. He makes Mr. Potter, the stock plutocrat in the story, look like a pauper. That's because has loved and sacrificed and built and given and stood alone a time or two. That is, he has lived. He has not gone through life as a tourist.

Never getting to Europe does not strike me as the kind of experience that qualifies for tragedy, possibly because I grew up as the child of immigrants who were born in Europe -- and they could scarcely think of a worse fate than having to return there. To them, not coming to America would have been the tragedy.

Surely only an American swimming in blessings would consider marrying your high school sweetheart, which is what I did, some kind of tragedy.

To me, the movie's message is that life has not been sad or lonely, let alone tragic. Even if George himself, played with all-American earnestness by , might think so at his lowest, most self-pitying point.

Can the professor, like so many Americans, have been using "tragic" as just a synonym for sad?

Only a richly blessed people would confuse everything from fender-benders to bankruptcy a tragedy.

On these shores, tragedy in its original, legitimate Greek sense -- that is, the inevitable fall of a noble character because of a fatal flaw, usually hubris -- has an artificial air about it. While in Europe, where the classic concept of tragedy originated, it seems to come naturally.

If there is a moral to movie, it may be the comment from Clarence, George's bumbling guardian angel: "Strange, isn't it? Each man's life touches so many other lives, and when he isn't around he leaves an awful hole to fill, doesn't he? ... You see, George, you really had a wonderful life. Don't you see what a mistake it would be to throw it away?" There's a lot more in that comment than Sophocles.

The values of Bedford Falls are those our professional intellectuals are almost obliged to see through. Sometimes they are so busy seeing through those values that they don't see them at all. Or they confuse the happy with the sad, the lonely with the interconnected, and, strangest of all, the triumphant with the tragic. Just as did -- till his eyes are opened and the Happy Ending ensues.

Equally undiscerning are those who would idealize small towns; they don't see the potential Pottersville inside every Bedford Falls. Just one man, like , can make the difference. Think of all those who make a difference in your town -- and all those who don't.

The most unsettling aspect of the popularity of "It's a Wonderful Life" is the realization that nostalgia for certain values tends to set in just as they are disappearing. Happily, nostalgia can bring them back, too. We're free. We can choose how to live.

If the professor's view of as a tragic figure struck me as sadder than anything in the movie, at least it wasn't tragic. It was more comic, this being America.