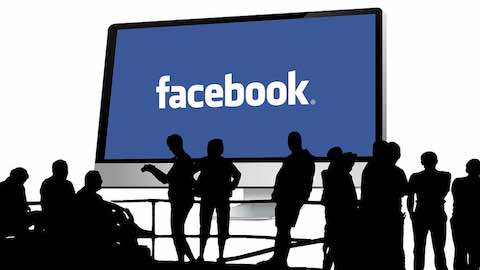 These charts show Facebook's revenue growth since the first quarter of 2012 and provides a geographical breakdown of Facebook's user base and revenue in Q3 2017.

Facebook's strong mobile advertising business helped the social network beat expectations on both the top and the bottom line in the third quarter of 2017. Revenue grew 47 percent to $10.33 billion as the company's profit jumped 79 percent to $4.71 billion.

When Facebook started selling mobile advertising space in 2012, not even the keenest optimists could have predicted how lucrative this decision would turn out to be. Mobile advertising has accounted for more than 90 percent of Facebook's revenue growth ever since and currently drives 86 percent of the company's total revenue. 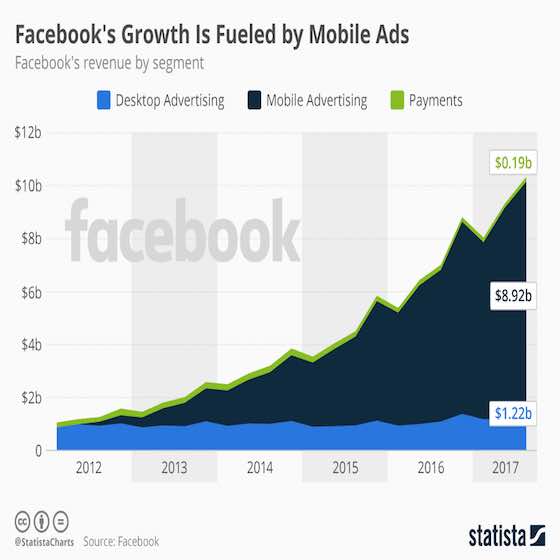 For all its achievements, what is arguably Facebook's most impressive feat is for how long the company has been able to keep growing at a pace that other companies can only dream of.

Ever since the social media giant went public in May 2012, its quarterly revenue growth rate dropped below 40 percent in only 4 of 22 quarters.

Despite repeated warnings by the company itself that its growth will slow down eventually because it can only serve so many ads to its users, there are no signs of a significant slowdown to be seen yet. In the past quarter, Facebook's revenue grew by 47 percent and is now on track to surpass $35 billion this year. A key factor in maintaining this level of growth in the future will be the company's ability to monetize its user base outside of North America. As Facebook revealed in yesterday's earnings report, user monetization in North America is still miles ahead of the rest of the world.

In the past quarter, 11.5 percent of Facebook's monthly active users were from the United States or Canada. These 239 million users however, accounted for 48.7 percent of the company's revenue. As our chart illustrates, more than 70 percent of Facebook's users are now based outside of North America and Europe. And yet, these 1.5 billion people account for less than 30 percent of the company's revenue. If Facebook somehow finds a way to raise the average revenue per user in Asia and other emerging regions, the company has a lot of room for growth left. 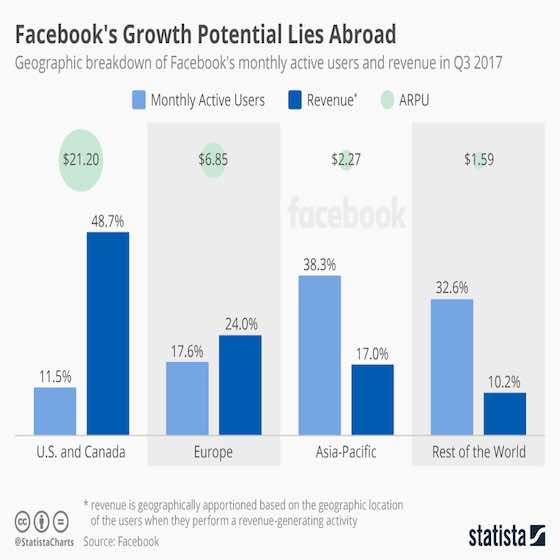 Facebook has again flown past expectations in its latest quarterly earnings report.

Investors have nevertheless been spooked though, driving share prices down by as much as 2 percent in response to Zuckerberg's warning that operating expenses in 2018 will rise by up to 60 percent.

Citing the need to protect the company's services from the kind of misuse seen during the 2016 U.S. presidential election, he said the company is "serious about preventing abuse on our platforms. We're investing so much in security that it will impact our profitability. Protecting our community is more important than maximizing our profits.” 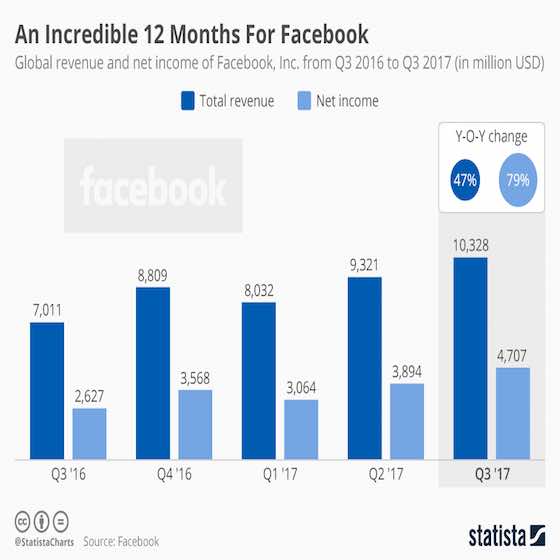