Be Thankful for the Return of Volatility 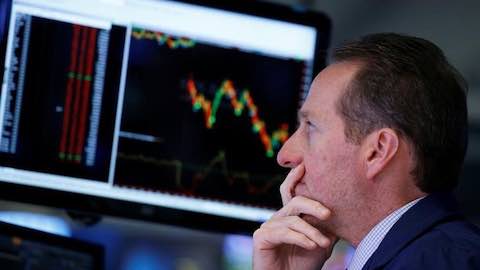 Be Thankful for the Return of Volatility

The recent bout of equity market volatility may be a blessing in disguise for long-term investors.

After a period of unprecedented calm in financial markets, equity market volatility as measured by the VIX index spiked 43 percent, reacting with distress over reports President Donald Trump may have tried to interfere with FBI investigations of his former national security adviser.

No one likes losing money, but after a period of extended quiet, savers making regular investments, perhaps for retirement, face a danger that a violent sell-off may help to address.

It's important to understand just how low volatility has been. The VIX recently closed at its fourth-lowest level ever, with only three days over the holidays in 1993 ending lower. Over the 13 trading days to May 12, the S&P 500 traded in a range of just 1.01 percent, the lowest such period in history, according to Pension Partners data.

That's great for investors, or at least it was until today. But the problem is that very low volatility essentially turns the investment world on its head, undermining the value of diversification and encouraging investors to take on more risk.

The word "volatility," the tendency of an asset to bounce around in price, is often used interchangeably with the word "risk" in financial literature, and with good reason. Volatility isn't just unpleasant, it is expensive for investors, as it brings with it a higher chance of two bad things happening.

Firstly, a bout of volatility such as we had on Wednesday can happen at the very time an investor needs his or her money, whether as a child is going off to college or just before retirement. So even if you believe that equity markets will recover, you may be forced to sell at a knocked-down price.

Secondly, people do stupid things during sell-offs, like joining in and selling their equities, often at a particularly bad time. If you can't afford to ride out a substantial downturn in equities, you have too many of them, but lots of people don't realize this until it is too late.

My real fear is that some long-term investors become anesthetized to the risks of volatility and come to assume that the recent period of low vol represents a permanent change.

If you believed that equities were going to be less volatile in the future than they have been historically, the logical move would be to own more of them as a percent of your portfolio. Why own bonds, especially at low yields, if your risk of suffering a major drop in the value of your portfolio is so low?

That move is very dangerous, and again, in two ways.

Firstly, because of the reasons detailed above, that you may be a forced or panic seller sometime in the future when volatility comes back.

Secondly, because an investor who holds more equities is liable to make even more optimistic assumptions about future returns. After all, an all-equity portfolio would outperform a mixed bonds/equity one if you could guarantee you would never be a forced seller.

It is very easy to move from this realization to another one: that you can get away with saving less for the future and consuming more. If those future returns don't materialize, many savers may find themselves without enough money to fund their increasingly long periods of old age.

The recent sell-off may prove a salient reminder to remain diversified.

At the heart of this is the fact that U.S. equities have enjoyed both relatively high returns and relatively low volatility for more than a century. Looking at the 103 years through 2002, the standard deviation of U.S. equity annual returns was 20, compared with 30 for Japan, 32 for Germany and 29 for Italy, according to a 2003 study from the London Business School.

You'll note that those three states all lost wars in the last century, events that tend to hurt returns for savers whose assets are concentrated in those countries.

To be sure, the Trump sell-off may be an anomaly, and given the way in which central banks have acted as liquidity guarantors for markets, volatility may remain low.

U.S. institutions are strong and durable and very likely will help equities weather whatever lies ahead in the Trump presidency, however it ends.

But American luck, or exceptionalism, may not hold forever, and investing as if it will is unwise.

Investing: "Be Thankful for the Return of Volatility"