How to Play PC Games On Your Mac 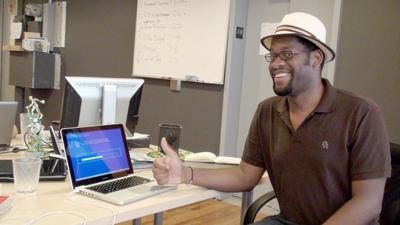 I'm not really a PC-gaming guy.

I bear no ill will to those who do, but I've never wanted to swap out graphics cards, video cards, sound cards or other components to get the optimal experience out of a game. Crysis remains a mystery to me.

And, well, the other reason is because I use Macs.

I've messed around with Windows, but I've never let it into my home. But, in the name of science, dear Crispy Readers, I'm sacrificing the virginity of my month-old 13-inch MacBook Pro to the . Here's what I did...

One of the big reasons videogames never took off on Macintosh platforms was because they used a different combination of hardware and software than Windows-based machines. When Apple decided to start using chips for its desktops and laptops in 2006, the hardware portion of that barrier went away. Then it launched the beta of the Boot Camp application, which was designed to let the Windows operating systems run on Mac hardware. Boot Camp's out of beta now and comes standard on most Apple computers.

This one's obvious, but you'll want to back up any important files and applications you have in OS X. Nothing is guaranteed here, and it's a smart step if you need to recover things.

3. Open up those windows.

Boot Camp partitions your hard drive, creating a section where you'll install operating system. But despite the fact that most Macs have Boot Camp, they don't come with a Windows disc. (Some people actually expect this to be the case. Don't make fun of them.) So, get a Windows install disc and open up the Boot Camp Assistant. As it runs, you'll be prompted to choose a size for the partition where you'll be installing Windows. Be warned, though, that this is not a decision that you can't easily go back on -- think about it as plastic surgery for your hard drive -- so you might want to go big if you're planning on robust Windows usage. Installing Windows XP took me about 45 minutes, from running the assistant to landing on the verdant, rolling meadow of the default XP desktop background. Be sure to keep your Mac OS X disc close by, as you'll need it to update drivers.

Once the Windows install is complete, you'll be good to go. I loaded up Ubisoft's "Dawn of Discovery" and was surprised at the amount of disc space -- 6 GB -- the game needed. Remember that whole part above about choosing your partition size wisely? Yeah.

There are some caveats to PC gaming on your Apple computer.

There's no easy switch between the partitions. You'll have to shut down your computer every time you want to go back and forth. And, even if you installed drivers for mice, controllers or other game-related devices on the OS X side of your machine, you'll need to do it all over again for Windows.

Macs are not infinitely configurable computers, either: For the most part, the machine you buy is the machine you're stuck with. The newer 15- and 17-inch MacBook Pros offer a mode that utilizes the more powerful, built-in graphics processor, but rest assured it will eventually become obsolete. Still, if you're like me and have been dying to check out the crazy "Left 4 Dead" mods that only PC gamers get to play, putting your Mac through these steps will open up a crazy, mixed-up world for you.

How to Play PC Video Games On Your Mac