How Often You Should Repaint Your Home 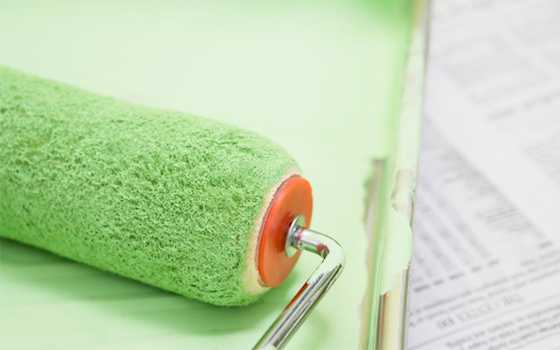 How Often You Should Repaint Your Home

How often should I repaint my home?

Depending on where you live and what climate you live in -- not to mention the material from which your home's exterior is crafted -- the time in between exterior home paintings can vary widely.

Paint -- when it is applied to your home -- is more important than you think. Cracked or peeling paint on the exterior of your home is much more than an eyesore. Paint is your home's first line of defense against environmental damage.

Now that we're entering the prime months to paint your home, it's worth taking a look to decide if a coat (or two) of paint is a worthy investment. The climate in late spring and early summer is perfect because a moderate temperature allows for paint to dry at the optimal rate, resulting in a longer-lasting coat. (Not to mention, there's always a crew of college student house painters looking for work toward the end of May.)

Most painting professionals will say a house exterior should be repainted every five to10 years, but that's a wide range of time that really boils down to temperature and harshness of weather. Here's a region-by-region breakdown.

The American Southwest can be a paint paradise or nightmare as far as your home is concerned. Arizona's weather can be ferocious on house paint, as the harsh sun and summer monsoons make a two-pronged attack on wood and stucco walls. Painting professionals there say that unless you want to spend time replacing wood on your house exterior, five years between repainting is an absolute maximum here.

The California coast is generally mild and easy on houses. Some Bay-area pros cite a five to 10 year exterior paint lifespan, with special attention paid to a house that's been hit by unusual weather. Though it's generally known residents here don't need to repaint as often as many other parts of the United States.

While many associate the Northwest with rain, which can really wear down the paint job on a house, the overall outlook in this region in terms of repainting is better than you might think. The weather is relatively mild and the temperatures don't get too hot or too cold, which means there is little temperature stress on the paint itself. A Tacoma, Wash., paint company, for example, recommends repainting your house every seven to10 years.

The Midwest can experience brutally cold and stormy winters, warm and humid summers, and ample precipitation year round. Home exteriors take a beating here, and so does paint. A Chicago house painting professional recommends sticking to the five year guideline, mostly because paint suffers mightily at the hands of the great temperature swings found in this region.

The Northeast is a similar story, due to the winter snow and summer rain. With great swings of temperature, humid summers and major weather events year-round, exterior paint can lose its protective qualities more quickly than more temperate climates.

For houses near the ocean, it's exponentially worse, with salt, wind and sand damage. Painting pros will point to the general five to 10 year exterior painting cycle, but for the reasons listed above, it's likely to be on the shorter end of the scale in general. Tip: Look for cracking paint on your walls and especially the trim, which will show signs of deterioration before the rest of the house.

The Southeast doesn't face much of the inclement winter weather and cold temperatures, but Florida in particular has a different problem: mold. It's recommended that homeowners power wash their walls to keep off mold and algae growing in the humidity, but this power washing takes a lot off the paint job's lifespan. Floridians diligent about power washing will need to repaint their homes every three to seven years, according to one professional. The standard five to 10 year re-painting cycle is a good guideline for other parts of the region, but there are exceptions to every rule and each region has its own trouble spots when it comes to the lifespan of exterior paint.

Home & Garden: "How Often You Should Repaint Your Home"