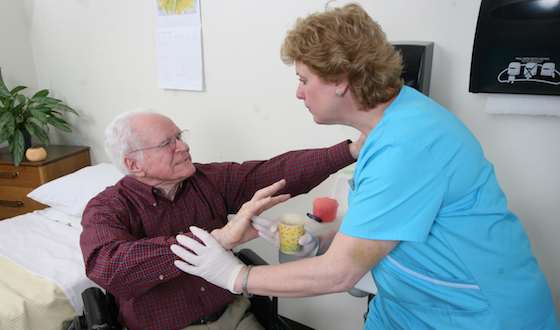 The decay of the brain in later years is arguably the most serious health issue facing the West. In Britain alone, 800,000 people live with dementia. By 2021, that figure is expected to reach one million. By 2040, it will be least 1.5 million.

As doctors find new ways to extend our lives, more and more of us will succumb to the misery, confusion and distress of dementia. There are many causes, including mini strokes. But its most common form is Alzheimer's disease.

Yet despite the advances in the treatment of heart disease and cancer over the past few decades, progress on dementia has been glacial. After billions of pounds of investment, there are only five drugs that can delay the symptoms of the disease by a few months, and no cure.

So what hope do we have? And is there any point preserving our bodies to see 100 if we can't protect our brains?

Four of the drugs used in the West -- Aricept, , Reminyl and -- improve communication between brain cells by preventing the breakdown of the neurotransmitter acetylcholine. They work for 40 to 70 per cent of patients and delay symptoms by six to 12 months on average. The fifth, Ebixa, blocks the chemical messenger glutamate released when Alzheimer's affects brain cells and which goes on to do more damage to the brain. Optimistic researchers will tell you that more drugs are coming. But the depressing fact is that promising drugs are rare.

Robert Howard, Professor of Old Age Psychiatry at King's College London, said: 'Drug companies spend billions of pounds developing treatments and when they get to phase one and two clinical trials there appears to be a signal in the results. Everyone gets excited, the share price goes up, but then they do the definitive phase-three trial on large numbers of patients and there's nothing, no signal.

Professor Howard is involved in tests of nilvadipine, a drug used to treat blood pressure that appears to protect brain cells in animal models. Phase three trials on 500 patients are underway. 'I'm investing the next 10 years of my life in these drugs -- and I still think there's only a one per cent chance they could work.'

Another major strand of dementia research has looked at prevention. One of the more extraordinary claims of the past few decades is that regular exercise reduces dementia risk by 40 per cent.

In 2006, a study of 1,740 people by Dr Eric Larson, of the , found that walking for 15 minutes, three times a week was enough to make a difference. Exercise improves cardiovascular health which can reduce the risk of dementia caused by mini strokes.

However, evidence for preventing Alzheimer's disease is far from clear cut. Designing a double-blind randomized clinical trial -- where a treatment is compared with a placebo -- and teasing out cause and effect is virtually impossible when measuring the effect of exercise on cognitive abilities Similar doubts hang over studies that show apparent links between diet and Alzheimers, Jessica Smith, a researcher at the Alzheimer's Society, believes that the breakthrough will come from greater understanding of the brain. And that will involve serious funding of brain research.

Even in straitened times, there is an economic case for investment in dementia research. The disease already costs the British economy £17 billion a year -- more than cancer and heart disease combined. Within 30 years, that figure is expected to rise to £50 billion. 'Our knowledge of the brain compared to the rest of the body is in its infancy,' she said. 'That's where we need to focus resources to produce targets for drugs.'

There are signs that brain research is being taken more seriously. The Brain Activity Programme due to be announced by President Obama this year could see an extra invested in neuroscience over the next decade.

The plan is to create a three dimensional map of the brain -- and its 100 billion neurons, each one connected to 10,000 others.

Professor Howard says a 'real game changer' may emerge in the next decade. But for now more work is needed on managing patients with the disease.

Five ways life was extended in the 20th century

* Infant mortality was reduced by improvements in medicines and medical technology.

* Killers such as smallpox, polio, measles, whooping cough and tuberculosis were controlled by improved sanitation, antibiotics, and universal vaccination.

* Education: women who are knowledgeable about healthier lifestyles play a central role in reducing risks to family health.

Five ways life will be extended in the 21st century

* Genetic manipulation: it is becoming possible to alter genes to treat disease. This might be extended to enrich longevityassociated gene variants.

* Personalized medicine: knowledge of your genetic make-up will help to ensure that medicines are selected for minimal side effects and maximum effect.

* Artificial organs: pacemakers and insulin pumps have already helped us live longer. More such artificial organs, from the heart to the liver, are being refined and developed.

* Nanotechnology: the ability to measure, see, manipulate and manufacture things at the level of a nanometre, one billionth of a metre, will open up opportunities for new kinds of drugs and nanomaterials for repair.

* Arresting brain ageing: given the rise in the incidence of dementia among people living longer, new approaches are needed to arrest decline in cognitive health.