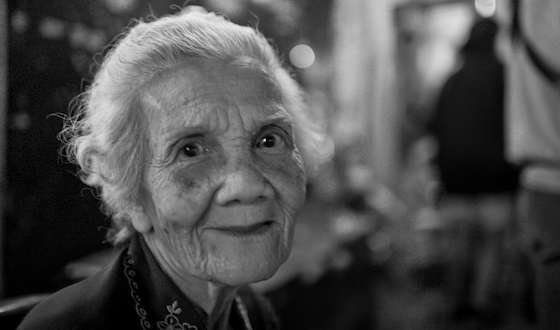 Between 2006 and 2008, about three-quarters (74 percent) of the 90-and-older population were women. In 2006, life expectancy at age 65 was 19.7 years for women and 17 years for men. Women also experienced more rapid improvements in life expectancy than men between 1929 and 2006. Over the past eight decades, older women have added almost seven years to their life expectancy, or a 54 percent extension, compared with 5.3 years for men, a 45 percent extension. Among the age 90-and-older population, there are just 35 men for every 100 women. After age 95, there is approximately one man for every four women.

Most women who make it to age 90 (84 percent) are widows. Only 6.3 percent of women in this age group are married. On the other hand, 43 percent of 90-something men are married and about half are widowers. "Women tend to marry older men. Traditionally, there is a four- to five-year age difference," says , a demographer and co-author of the report. "When they get to age 90-plus, older men are very difficult to find."

Just over a third (37 percent) of people in their 90s live alone. About the same number of people (37 percent) live in a household with family members or unrelated individuals. A quarter of older adults (26 percent) live in institutionalized quarters, such as skilled-nursing facilities. White senior citizens were almost twice as likely to live alone as Asians and Hispanics. And women (40 percent) are more likely than men (30 percent) to live alone, while men (53 percent) live with relatives more often than women (32 percent). Unsurprisingly, an older person's likelihood of living in a nursing home increases sharply with age, growing from 20 percent at ages 90 to 94 to 38 percent at 100 or older.

The vast majority (85 percent) of people age 90 and older report having one or more physical limitations, the found. "Disability is associated with aging, but it isn't as inevitable as people thought it would be," says , director of the behavioral and social research division, which supported the report. "There is a modest fraction of people who claim not to have any disabilities."

The most common limitations include difficulty handling errands alone, such as visiting a doctor's office or shopping (68 percent), difficulty getting around by walking or climbing stairs (66 percent), and difficulty dressing or bathing (46 percent). Some seniors also report cognitive difficulties (40 percent), and difficulty hearing (43 percent) and seeing (26 percent). There is "a lot of variation in healthy aging, with some facing the expected problems but others aging well," says , a psychology professor and author of : Surprising Discoveries for Health and from the Landmark Eight-Decade Study, who is not affiliated with the study.

The annual median personal income for people age 90 and older between 2006 and 2008 was (in 2008 inflation-adjusted dollars). Men had significantly higher incomes than women, versus . Some 15 percent of the age 90-and-older population lives in poverty.

Almost all people age 90 and up (92 percent) receive income. makes up almost half (48 percent) of all income for people in this age range. Some 18 percent of 90-somethings also receive traditional pension income.

"Traditionally, the cutoff age for what is considered the 'oldest old' has been age 85," says He. But researchers are considering moving this definition back to age 90. "With a rapidly growing percentage of the older population projected to be 90 and above in 2050, this report provides data for the consideration of moving that yardstick up to 90," says Suzman. "Because of increasing numbers of older people and increases in life expectancy at older ages, the oldest segments of the older population are growing the fastest."