Which is Worse -- Smoking or Gaining Weight? 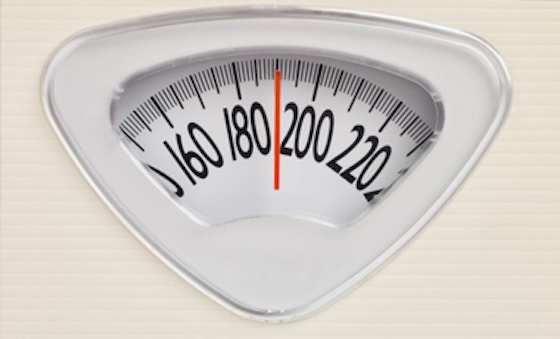 Does putting on pounds after quitting erase the health benefits?

When people find out I used to be a smoker, they are pretty shocked.

If you know me at all, you grasp that I'm the quintessential health freak. Even after I started losing weight, eating well and exercising, my smoking habit stayed with me for a few years. The running joke, which wasn't very funny, was that I was the healthiest smoker you'd ever meet.

Thankfully, two years ago, I was able to kick the habit after being a pack-a-day smoker for 10 years. It took me a few attempts but the third one stuck, and it is one of my proudest accomplishments! When I first started thinking about quitting, a part of me held out for so long because I was terrified of the weight gain that was commonly associated with quitting. At that point, I had lost over 40 pounds -- which took two years of eating right and exercising -- and I couldn't fathom doing anything to jeopardize that success.

I took all the necessary precautions. I realized that snacking when a craving hit would quickly undo some of my weight loss. I stocked up on sugar free gum, (still have to pop a piece when I get ready to go driving!) popsicles and other low-guilt treats to keep my hands and mouth busy when the cravings hit. I also picked up a mean running habit, something I was absolutely unable to do during my smoking days. I found that running a few times a week helped keep my anxiety levels low enough that my withdrawal symptoms were much easier to manage.

I've found that many of my friends who still smoke use the potential weight gain as a reason to keep smoking. The belief is that the negative health effects of gaining weight would cancel out any benefits of quitting. But, after stumbling across a recent study examining that claim, I can't wait until I hear someone use that faulty logic again! Turns out, former smokers are healthier than current ones, even if they're a bit plumper for it.

The study found that former smokers had nearly half as much risk for heart disease as current smokers -- even when they controlled for the modest weight gain of recent quitters (an average of 6.5 pounds).

So, not only does the risk of cardiovascular disease drop if you quit smoking, but you get to enjoy all the other incredible benefits of being smoke-free. You know, the little things like no longer smelling of smoke, worrying about how yellow your teeth have become or being lovingly harassed by those who care enough about you to want you around for a long time.

Oh, and do you want to know how many pounds I gained after quitting?

Erica House holds a master's degree in psychology and has been teaching at the university level since 2007. In addition, she is a certified personal trainer and freelance writer who is always trying to learn more and travel farther. After achieving -- and maintaining -- her own 50-pound weight loss, she is passionate about helping others on their journey to lifelong happiness and wellness. She blogs daily on her site EricaDHouse.com

"Which is Worse -- Smoking or Gaining Weight?"