I Thought I was Healthy Until My Heart Attack 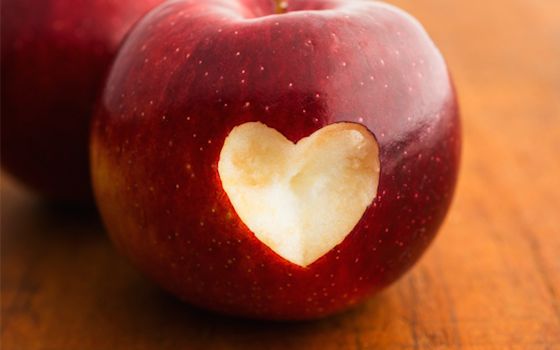 I Thought I was Healthy Until My Heart Attack

The scary truth: Each year, over half a million people in the U.S. die from heart disease, according to the Centers for Disease Control and Prevention (CDC). That's one in every four deaths, making it the leading cause of death in both men and women -- but not something successful television producer and director in Los Angeles, Kac Young, ever anticipated impacting her life.

Unlike many, Young considered herself a healthy eater, choosing chicken and vegetables as dietary staples. Young had been a vegetarian for 20 years, and never even craved red meat when she started incorporating lean meats back into her diet. At one point, she practiced yoga regularly and was planning on making it part of her life when she finished moving from Los Angeles to San Simeon, Calif., a small town located between Los Angeles and San Francisco with clean air, a slower lifestyle and breathtaking views of the Pacific Ocean.

It was a suffocating 105 F outside when Young began packing up her home in Los Angeles with the help of her friends. Throughout the day, she noticed mild discomfort in her neck and chest, as well as shortness of breath. She chalked it up to the heat and exertion. When she didn't feel better the next day, her friends convinced her to call her doctor.

"I'm a producer-director, and I'm used to being in a charge," says Young. She asked the nurse if she could schedule a cardio workup in a few weeks' time; the nurse told her to report immediately to the emergency room. Instead, Young finished packing and running errands. When she sat down for dinner that night, her partner asked if Young would agree to go the emergency room. She begrudgingly left for the hospital -- and not a moment too soon. In early July 2006, 57-year-old Young suffered a heart attack.

Her blood pressure was 130/97, and she needed two stents put into arteries to remove blockages. Her doctors could have added a third stent, but with changes to her diet and exercise patterns, Young has avoided another surgery.

Immediately after being discharged from the hospital, Young started to research heart disease to understand whether her genetics or environmental factors were to blame. She realized both were at fault. But, no matter how much research she did, she couldn't find a healthy living plan that was universally agreed upon.

In her search for answers, Young received her doctorate in naturopathy. She took nutrition classes, and slowly weaned herself off of the post-operative prescriptions. "I decided I was going to be a natural health expert, and treat myself as best I could," says Young. "I had to fight fire with fire."

Young learned how different oils and cooking styles could make her meals healthier. She read labels, learning the various words for sugar, such as fructose, glucose or sucrose. She became wary of marketing around low-fat, low-calorie, and reduced-anything products. She added more whole grains by swapping wheat or brown rice pasta for regular pasta. And she learned to seek out foods with healthy benefits like increased fiber content and omega-3 fatty acids (Kellogg's Raisin Bran® Omega-3 from Flaxseed cereal contains both) in order to make healthymeals, like "pasta salads" with quinoa or bulgur instead.

She recalls that the first meal she made for friends, post-attack, was a slew of healthy Mexican swaps for Cinco de Mayo. Her "friends drank low-calorie margaritas, as well as eating Mexican dishes made with healthier vegetables, soy cheese, and beans instead of meat," says Young. "They didn't even realize they were eating soy cheese!"

While she's impressed at the variety of more health-conscious supermarkets out there, "we still have to be careful, whether we're determining which whole wheat is in our bread or how much sodium is in our pasta sauces." In addition to reforming her eating habits, Young does yoga and works out regularly.

Today, 64-year-old Young has her cholesterol under control; it was once 255, and has dropped to 179 through her vigilance, diet and healthy habits. "Keeping your body healthy is the best thing that you can do for yourself," says Young. "If you let it be depleted, you're setting yourself up for disease and other problems."

"I Thought I was Healthy Until My Heart Attack"