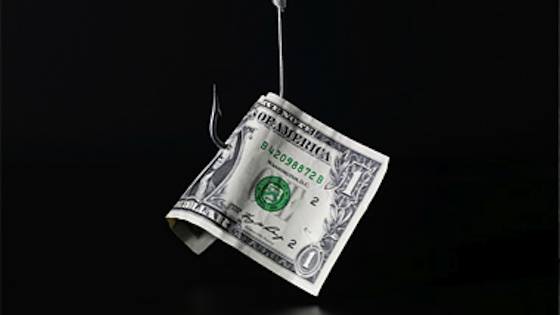 My former boss used to joke that there were two things in her life that, if you valued yours, you wouldn't mess with: her kids and her money. I'm pretty confident most people would echo similar sentiments. So, I wasn't surprised to learn that a new trend in weight loss is catching on in a major way. Namely, putting your money where your mouth is by dieting for dollars.

A recent Mayo Clinic study split 100 participants into four weight loss groups: One group received $20 a month if they reached their goal; another group lost $20 a month if they didn't reach their goal. The other two groups were counseled on weight loss, but received neither a financial incentive nor penalty. At the end of the study, the participants who were motivated by money lost just over 9 pounds, compared to an average of 2.3 pounds in the non-incentive groups.

In recent years, online companies have started sprouting up that allow anyone to join in on the cash-incentive weight loss trend.

DietBet is a weight loss program I joined this year, which allows participants to pay into the pot (I've seen the pay range from $5 to $250!) to join a competitive "Biggest Loser" type game. All participants who lose four percent of their body weight in four weeks split the pot. So, for many of the people who join, they will actually make money from losing weight.

I know, I know, it sounds like some horrible '80s infomercial but it's true! I'm in the process of hosting my third round and I've had some participants join in every month because it has inspired such an incredible lifestyle change for them.

The second DietBet I hosted recently ended and the average weight loss in four weeks for the participants was 7.3 pounds! A significant amount of them met their goal of 4% so they actually made money off of losing weight. Even most of those who didn't meet their goals still lost weight, and I'm pretty sure if you asked someone if they'd pay $20 to lose a few pounds right now the majority would respond with an enthusiastic "yes!"

Part of the reason these programs are so successful goes beyond financial incentives. When people make a public commitment to losing weight (and those who join DietBet are encouraged to tweet/Facebook their progress) they are significantly more likely to stick with their goals. I remember when I was a pack-a-day smoker for 10 years and started thinking of quitting; the last thing I wanted to do was announce it and not be able to follow through.

The beautiful part of this is that $20 isn't a huge amount of money, but the benefits of losing weight are priceless. Talk about investing in your health!

Erica House holds a master's degree in psychology and has been teaching at the university level since 2007. In addition, she is a certified personal trainer and freelance writer who is always trying to learn more and travel farther. After achieving -- and maintaining -- her own 50-pound weight loss, she is passionate about helping others on their journey to lifelong happiness and wellness. She blogs daily on her site EricaDHouse.com