The 5 Biggest Makeup Mistakes You Can Make 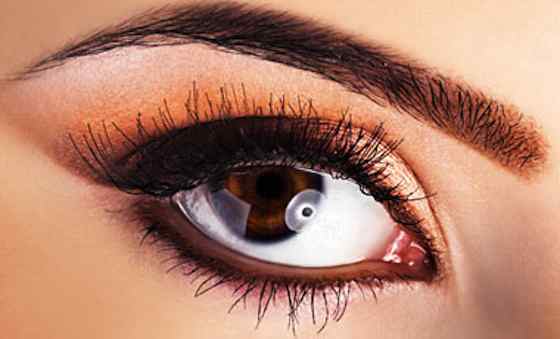 These are the five most common make-up mistakes that are totally ruining your look.

I have decided to embark on a way-too-common thing women do wrong: their makeup. These are the most common mistakes that are totally ruining your look.

Makeup Mistake No. 1: Using the wrong shade of foundation

Nothing's worse than that mask look, where a woman's face and neck are completely different colors. But it's tough to find the right foundation color, which is why it's a good idea to visit a makeup counter and have a pro help you out.

You can also learn which colors look best on you by testing a few shades out. (This can get pricey, so ask for samples.) Look at how your foundation looks in different lighting, especially natural light, which gives you the most honest view. And for heaven's sake, when you apply your foundation, be sure to blend it into your neck.

I'm always seeing heavy, dark shadow and thick black eyeliner during the day, but really, something so dark makes you look like you're off to a nightclub and not the boardroom. So, for shadow, go just a shade or two darker than your skin tone -- nothing too thick or heavy. I like cream eye shadow during the day; it's subtler than powder. For liner, stick to dark brown or even one of those brown/black shades during the day, and go with black after work.

Most of us groom our brows, but you've got to know when to say when. Overtweezed eyebrows (you know, the ones that make people look like they're surprised all the time?) are a huge no-no. So are penciled-in brows. Everyone knows no one's eyebrows are naturally as thin as a pen line, so you're not fooling anybody. Instead of using the eyebrow pen, comb your brows and set them with a little brow gel. If you've overtweezed, let your brows grow in a little and then go to a professional (who knows what the heck they're doing) for some eyebrow shaping. The in-between stage will totally be worth it.

Makeup Mistake No. 4: Overdoing the shine

Step away from the luminizing products! A little bit of glow is good, but avoid going too crazy with anything that can add shine, like that luminizing powder. By the end of the day, you'll just look a little greasy. Same goes for glittery products, like shimmering eye shadow. It doesn't flatter and, frankly, it's more for teens than grown women.

Blush is supposed to give you a subtle, natural-looking glow, not perch on your cheeks like two pink birds. (Weird visual, but you get what I mean, right?) And whatever you do, do not create two angled streaks on either side of your face -- unless you're going to an '80s costume party. Instead, pick a blush that flatters your skin tone. I'm not saying it can't be a bold color, but if it is, make sure you don't over-apply. Then get a nice, big blush brush. Dip the brush in the color and brush it onto the apples of your cheeks using small, circular motions and moving toward your ear. Then, check out how it looks before applying another layer. Chances are you don't need it.