Why This Cold War Reboot is Different 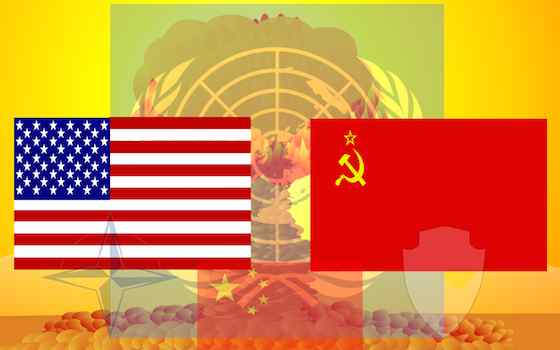 Why This Cold War Reboot is Different

Russia and the West are both warning of the risk of escalation to a civil war in Ukraine between pro-Russian and pro-Western factions. Rhetoric is heating up, with each side referring to members of the other's ground team as "terrorists," setting the stage to justify any potential opposition force. A Russian fighter jet drew the Pentagon's ire by repeatedly buzzing an American warship in the Black Sea. And just like that, we're back to an era of "bad guys" that Hollywood has never been able to get past. It's the 1980s all over again. Where are my neon legwarmers and Sony Walkman?

Except "Cold War Reloaded" is different this time -- and the differences are worth keeping in mind as events unfold.

-- The nature of spin wars has changed. Both the West and Russia are already applying maximum torque to their respective positions. While spin no doubt existed in the past, this phenomenon is both mitigated and exacerbated by the advent of social media, depending on how one might use it.

To the biased mind, social media allows for the self-selection of news with which one agrees and for the blocking of anything that might induce cognitive dissonance. To the open-minded, the increased transparency permits access to perspectives that may not have previously made it through the filters imposed by the space limitations of traditional media.

Never have we had access to (and personal control over) so much information during a Russian conflict. It all comes down to each of us deciding whether we're an activist seeking confirmation of one's own views, or an arbiter applying critical thinking in the pursuit of balance and objectivity -- and having the self-awareness to realize which one we are.

-- Russia isn't going to be isolated. Western officials keep talking about "isolating" Russia as a result of its push-back in Ukraine, as if it can be squeezed until it pops like the last time around. The reality is that other European nations need Russia, and the two are too well-integrated for Russia to be truly isolated. Even Western Europe's (formerly known as the , or "EADS") has joint ventures and significant research cooperation with Russia. The West needs Russia to deal with the other half of the planet, with Syria being a prominent recent example.

Add Russia's significant economic ties to the entire other half of the globe, including China, India, the Middle East, Brazil, South Africa and allies that each of these countries brings to the table. Anyone talking with a straight face about marginalizing Russia is exercising a worldview that's limited to two continents -- North America and Europe -- and demonstrating a limited understanding of economic realities.

-- Putin is a product of Russia's Cold War lessons. Russian President Vladimir Putin is the kind of opponent that heat has forged into titanium. His domestic reforms away from communist tendencies, however gradual (if not painfully slow), demonstrate an understanding of the causes of the Soviet Union's collapse. Putin has also had ample opportunity to observe and analyze Western tactics in various conflicts. He has seen how traditional military intervention has increasingly given way to covert and clandestine warfare, partly in an attempt to mitigate the unforgiving microscope of 24/7 cable news coverage and social media.

This is a former KGB chief with iron discipline who, despite repeatedly being called crazy by critics, is unlikely to be provoked into reacting on his opponent's terms. As a black belt in judo and a master of classic Soviet subversion tactics, Putin understands that the ideal strategy isn't to do something that provides his opponents with a valid excuse to retaliate, but rather to wait patiently until his opponent makes a move and leaves itself vulnerable to an effective countermove.

For example: The West overthrows the federal government in Kiev; Russia responds to protect the Russian majority in Crimea, leading to Crimea's eventual annexation. The West threatens sanctions, so Putin sits back and laughs while the West effectively repatriates back to Russia all of the Russian oligarchs whose fortunes he has long been trying to get back into a Russian taxation jurisdiction.

This is clearly a new kind of Cold War in which the old game plans are largely ineffective -- if only because the plays are now too familiar and too transparent.

"Why This Cold War Reboot is Different"