Which EU Countries Deport The Most People? 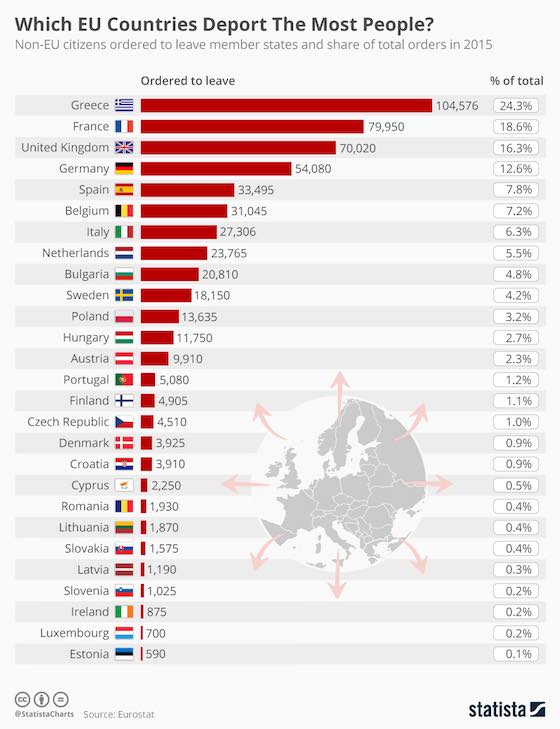 Which EU Countries Deport The Most People?

In Europe, freedom of movement has resulted in much debate and proved one of the primary reasons people in the United Kingdom voted in favour of Brexit. Recently, the European Union released figures showing how many non-EU citizens received deportation orders from member states in 2015.

Greece served the most, 104,576. Even before Brexit, the United Kingdom was one of the top-three nations in Europe for ordering non EU-citizens to leave with 70,020 orders issued last year. It is important to note that being issued with a deportation order does not guarantee deportation. Some people decide to leave voluntarily while others cut contact with their respective immigration authorities.

The chart above shows non-EU citizens ordered to leave member states and share of total orders in 2015.

Europe: "Which EU Countries Deport The Most People?"