What Happens Now in Ukraine? 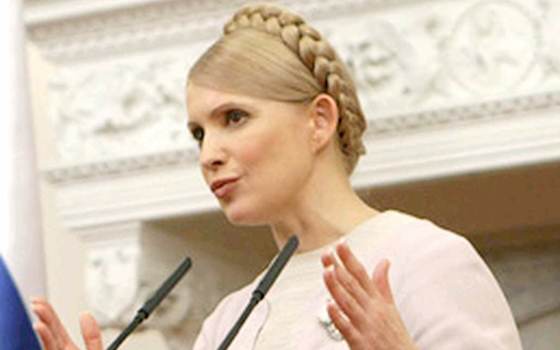 What did Washington expect to gain from a successful coup d'état in Ukraine? It gained little enough from the "Orange Revolution" in 2005, that first put Viktor Yuschenko and Yulia Tymoshenko into power in independent Ukraine. Their power produced rivalry, as well as a return of corruption to national government (the Orange Revolution, so-called, was itself inspired by popular protests against corruption in the preceding government of Viktor Yanukovych, causing his ouster). Yanukovych, of course, returned to power in 2010 (with 48 percent of the vote), after which Yulia Tymoshenko was conveniently charged and imprisoned on corruption charges.

Yanukovych has now again been toppled from power by popular protest and violence, after refusing to sign an association agreement with the , choosing instead to agree to Vladimir Putin's urging (and monetary inducements) to join the Eurasian economic bloc, centered on Russia, which the Russian president is forming as a rival to the EU.

The Congressionally-funded American NGOs that promoted the Orange Revolution a decade ago, and its counterpart "Rose Revolution" in Georgia, cannot be said to have gained much from their efforts. They got Victor Yanukovych and still another corrupt government back in power in Kiev in 2006, with Yulia Tymoshenko still in jail, and in Georgia they got a three-day war of territorial re-vindication between Georgia and Russia in 2008, when former Georgian President Mikheil Saakashvili decided to seize from Russia Georgia's allegedly "lost" land of South Ossetia -- and spectacularly lost. Nikolas Sarkozy was president of the at the time, and intervened with Moscow to get a settlement that left the disputed (and Russian-speaking) territory in Russia's control.

Russia's President Vladimir Putin insists that what happened in Kiev last week was another foreign-sponsored coup d'état. Whatever his other reasons for saying that, (and plenty of evidence exists concerning the American role in promoting the 2004-2005 Ukrainian "Revolution"), he has confirmation this time from American Assistant Secretary of State for European Affairs Victoria Nuland, provided in the course of her telephone conversation with American Ambassador Geoffrey Pyatt, saying of the revolt in Kiev "Yats is the guy...he's the guy you know [and he will] need all the help he can get ...." "Yats" is Arseniy Yatsenyuk, the 39-year-old central banker and ex-foreign minister who ended up (surprise!) as the pro-tem prime minister of the Ukrainian government that emerged from last week's upheaval in Kiev.

So what happens now? Russia has taken possession of the naval base it leases in Crimea, and pro-Russian militia have appeared elsewhere in Crimea, which was an Ottoman possession in the 15th to 18th centuries, the Russia Empire from the 18th to 20th centuries, and was given to Ukraine as a gift by Nikita Khrushchev in 1954 as a gift. (First Secretary Khrushchev made his career mainly in Crimea.) The peninsula is mostly Russia in population, with a Muslim Tatar minority. In eastern, Russo-phone Ukraine, militias have also appeared, together with some demands for partition of Ukraine and union of eastern Ukraine with Russia.

John Kerry went to Kiev this week to lay flowers to honor those killed in the revolt. Russia says that it will talk with . Nobody will go to the UN since both Russia and the U.S. possess vetoes. The United States issues stern statements and warnings of economic reprisals, aware that trade sanctions against Russia can provoke Russian sanctions against Western Europe, which gets much of its gas from Russia. This is why Angela Merkel has been the most active European leader in seeking a solution. Moscow says that it will continue to deal with former Prime Minister Yanukovych, as the legitimate leader of Ukraine, temporarily inconvenienced. The U.S. says the present government in Kiev is legitimate as it is appointed by the elected . President Obama has not had much to say of any moment. Mr. Putin would seem, to use a Southern American colloquialism, once more to be sitting in the catbird seat.

The possibilities would appear to be war, which all sides recognize would be absurd.

The country could be partitioned, but that would be complex, unpopular and provide grounds for still more ethnic and national disputes in the future.

The country could be divided, with a federation.

However, there is another possibility. In the 1990s the 55-state member in Europe (the OSCE) was created as a result of the Helsinki negotiations, begun in 1975, to deal with détente Europe and emerging post-cold war problems in Europe. The conference was held in Finland, and its meetings, and the Helsinki Final Act subscribed to by its members, contributed yeoman service in that difficult period.

The OSCE still exists, and its mandate is early warning, conflict prevention, crisis management and post-conflict rehabilitation. The new government in Kiev has already asked the OSCE to send observers to document Russian military activity.

However, more important is that Mr. Putin, according to the German Foreign Office, has agreed "to immediately establish a mission of inquiry as well as a contact group, possibly under the direction of the OSCE, to open a political dialogue." According to Le Monde, Samantha Power, American ambassador to the UN, has already evoked the possibility of an OSCE intervention. The OSCE sounds like precisely the organization needed to do a great deal more to sort out the present crisis and draft and underwrite the negotiation of an impartial solution. Is President Obama willing to accept its mediation? If the answer is yes, a serious step has been taken toward a solution.

"What Happens Now in Ukraine?"