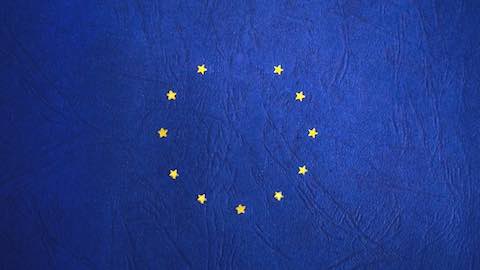 In a Lacanian sense, the Brexit discourse invoked a fantasy return to a lost 'golden era' of British power while blaming immigration and the EU for standing in the way.

With the UK voting to leave the EU and uncertainty is spreading, many are now looking back in astonishment trying to understand the success of the Brexit campaign. One interesting aspect that emerged from the Leave vs. Remain debate had been the strong disparity between expert advice making the case against Brexit, on the one hand, and the growing strength of the Leave vote, on the other hand. Indeed, we have had an abundance of doomsday economic predictions from major actors in global politics in case the UK leaves the EU. Mark Carney, the Governor of the Bank of England, asserted that a 'A vote to leave the European Union could have material economic effects', and might spark a recession. The IMF chief, Christine Lagarde, argued that leaving the EU would result in dire economic times for both the UK and the EU. The outcome, she said, would be somewhere between 'pretty bad to very, very bad'. To these one could add the warnings from President Obama, the G7, major corporations like Microsoft and HP, and the Institute for Fiscal Studies which predicted a two-year austerity ensuing a Brexit. Indeed, apart from the Economist for Britain and the founder of the pub chain Wetherspoon who supported Brexit, most predicted the British economy would not improve in the case of a Brexit.

The outcome seems clear now: the more economic advice we received against leaving the EU the stronger the Leave campaign became. How could we then account for the appeal of the Leave campaign, their ability to galvanize public opinion despite such strong and nearly unanimous economic analyses arguing against Brexit? Equally important, what are the problems with the Brexit narrative and vision?

Several factors and explanations have already been identified: some argued the Brexit success is partially due to the alienating forces of globalization, whereas others suggested many, potentially disgruntled Labour voters, voted to leave due to anti-establishment sentiments. These explanations have identified, no doubt, some key problems in both local and global politics, but they have overlooked the affective nationalistic appeal in the Brexit discourse. It was not really the economy or rational cost-benefit calculations that played an important part in the debate. Rather, it was the Brexit discourse which invoked some return to greatness, to a lost national-civilizational 'golden era' of British power while blaming immigration and the EU for standing in the way. In the Lacanian psychoanalytical vocabulary this is the role of fantasy, a promise of a 'fullness-to-come' (Glynos and Howarth 2007, 147; Mandelbaum 2016), of recapturing 'our' national-civilizational grandeur that was taken from 'us' by someone/something else. National-civilizational fantasies are therefore powerful political projects in the sense that, on the one hand, they promise the utopian future in which the 'good life' can be attained and, on the other hand, they explain how and why this future has not yet materialized (Žižek 1997). This is the function of the immigrant and Brussels who are 'blamed for the blocked identity' (Laclau and Mouffe 1985, 125).

National-civilizational fantasies (and the Brexit fantasy in this case) are thus able to appeal and hail so many through the performativity of national enjoyment, of what Jacques Lacan defined as 'jouissance', as '… the powerful, bodily enjoyment that drives human desire' (Ruitenberg 2010, 47). The Brexit narrative was therefore able to invoke national jouissance through a fantasmatic promise to be great again. This is why rational calculations did not make a difference with the majority of voters because the debate was not about the economy, but about the ability of the Brexiteers to re-ignite a sense of national enjoyment and a fantasmatic sense of belonging (Mandelbaum 2016; Glynos and Stavrakakis 2008).

We should thus pay attention to the role of affect and the emotive appeal in the Brexit narrative and the promise of Brexit proponents to recoup Britain's lost national enjoyment and to reinstate Britain's grandeur on the world stage. A good example of this affective call for restoring Britain's greatness can be found in the words of Major-General Tim Cross from the Veterans for Britain campaign, who argued for a Brexit a month ago:

As the 21st century unfurls we can and should stand among the front rank of world powers, bowing to no one and displaying confidence in ourselves as a country unique among the brotherhood of nations.

What therefore seemed to have united the various voices calling to leave the EU -- those of Michael Gove, Boris Johnson, Iain Duncan Smith, Liam Fox and even the Labour Leave campaign -- was the promise to be great again, independent, democratic and sovereign. As Liam Fox recently suggested on the Andrew Marr Show

Such claims are characteristic of national and civilizational discourses which invoke the heyday of strength, power and influence in the world and thus romanticise the past. A past, however, which had been lost, indeed stolen by someone, but which can be reclaimed in the nearby future (Stavrakakis and Chrysoloras 2006). It is no surprise, therefore, that Brexiteers had invoked Britain's history, its days of Empire and its fight against Nazism and Communism in an attempt to tap into the country's collective memory and thus appeal to Brits through an affective call to rally 'round the flag. Once we leave the EU, Brexiteers promised, we would be able to 'stand on our own two feet', recover a sense of national pride and obtain a global acknowledgement of Britain's position in the world as a great power. In the words of Iain Duncan Smith from the Leave campaign

Britain is a phenomenal country, the fifth largest economy in the world, it has stood alone and fought for freedom, it has traded, it has been a global trader, it can yet again be a global trader.

National-civilizational narratives are therefore able to invoke a sense of national enjoyment, of jouissance, precisely through a fantasmatic call for recouping the lost enjoyment, the days of British power in the world. But what is this glorified past of British prestige and power? If the call of the Brexit campaign is to return to the days of British grandeur in the world, then a clearer vision of this reality ought to be stipulated. Are the 'vote leave' campaigners suggesting to restore the Empire, colonialism and all that it entails? Are Brexiteers suggesting to return to the days of Victorian society in which Britain was at the forefront of modernisation, but poverty was ubiquitous, women had no right to vote and there was no NHS? So far the 'vote leave' campaign had failed to sketch a post-Brexit Britain and the promise to regain sovereignty is a mere trope.

We should, moreover, be wary of these calls to regain Britain's grandeur, to reclaim British sovereignty and to reassert British control (over spending, over borders, over immigration etc.). This is because such calls are not innocent. They always entail an Other, a someone/something to blame for why Britain lost its national enjoyment and power and how once this Other is removed Britain will be great again. This is the typical process of Othering in which a perceived obstacle is identified and named and which seems to encapsulate all that is wrong in our society (Mandelbaum 2016). It is the Other that prevents 'us' from recouping 'our' lost enjoyment and celebrate 'our' national grandeur. It is the Other who steals 'our' jobs and exploits 'our' benefit system. For now, it is Brussels who 'stole our democracy' or increased immigration which is '… driving our housing policy, NHS demand and school places'. This Othering, however, will not go away now given the UK voted to leave the EU. This is because the economy is not likely to improve, in fact it might get worse as many suggested, and the UK will surely not recapture its lost empire. At that point who will they blame?