Switzerland and the Growing Resistance in Western Europe 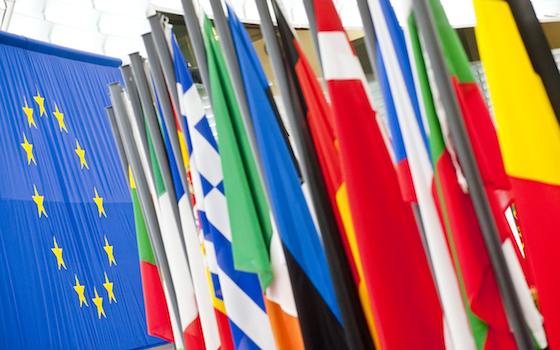 The narrow majority vote in Switzerland against the "massive immigration" foreseen as a consequence of accepting the commitment to free passage within the borders of "Schengen Europe" has left the Brussels authorities in "stupor," according to the European press.

Switzerland was expected to accept this agreement as part of an altered treaty relationship with the EU. Now many leaders of the EU nations fear that the European Parliament elections, scheduled in three months, may produce new outcomes hostile to immigration. They probably are right.

Results like that in Switzerland are conventionally interpreted as caused by rightist sentiments and the populist political parties that have been on the rise in recent years. Especially in the troubled economic circumstances prevailing since 2008 and the Wall Street crisis, the conventional judgments made in the European political debate have interpreted the increased anti-immigrant sentiment as the result of xenophobia, racism, a new sympathy for the authoritarian far right.

Analysis does not bear this out in the Swiss case. The Swiss number somewhat more than seven million people. Of the total number actually voting in Switzerland on , only 19 thousand individuals tipped the balance. The vote initiative was sponsored by the , nationalist and conservative, but one of the three mainstream parties.

According to the Swiss government, at the end of 2012, there were 1,870,000 permanent foreign residents in Switzerland, among them race drivers; film, tennis and European football stars; retired speculators and other persons wealthy enough not to wish to pay taxes in their own countries, and thus net contributors to Swiss prosperity.

The largest single group of resident immigrants -- 24 percent -- is German, and if Austrians are included, the German-language immigration makes up well over a quarter of the total. Next most numerous are the Portuguese (14.4 percent); and after that come Italians (12.9 percent), French (10.7 percent), and Spaniards (5.9 percent). The Africans resident in Switzerland are 4.3 percent of the total, and Asians just over 2 percent. The nation's streets thus are not overcrowded by impoverished foreign workers and their exotically garbed extended families, speaking unknown languages.

The immigration problem in Europe seems, to me, real but ill-understood. Switzerland is completely untypical, and comparisons with immigration in the United States are totally misleading.

European immigration in the United States was sought until late in the nineteenth century, when ethnic criteria began to be applied to limit East European and other "undesirable" peoples. This lasted until the 1920s.

Non-European immigration was blocked by a series of racist exclusion laws, such as the 1882 Chinese Exclusion Act, denying Chinese (such as those who had built the western half of the transcontinental railroad in 1863-69) American citizenship, as an inferior people, and forbidding further Chinese immigration. This law and its successors excluded the Chinese until the second world war -- when China was proclaimed an American ally and protégé nation, and Chiang Kai-shek was named one of the "Big Four" wartime allies of the U.S. Then China was "lost" to the Chinese Communists, who still possess it, to American dismay.

Western Europe's present immigrant population began with laborers recruited to rebuild war-ruined cities and man European industry, with little thought given as to whether they would eventually go home -- which they did not -- and with the end of colonialism, sending tens of thousands "home" to home-nations in Europe they had never seen but for which they had a passport. Wars in Asia and the Middle East provoked further unregulated immigration to Western Europe.

The unrest today concerning immigrants in Europe and their European host-populations is created by the large-scale failure of cultural and political assimilation. This was not a problem that was faced in American because the immigrants mostly went to America with the intention of becoming citizens and often had religious and family connections there already, as well as existing or developing communities in the U.S. of their own national origin.

In Western Europe, two models of assimilation have been attempted in host societies. The more successful, on the whole, has been the French demand that immigrants integrate themselves through attending rigorously assimilative French schools, adopting the language and, implicitly, the superiority of French culture.

The government demands conformity to the prevailing secular norms of the state (such as not wearing face-concealing Muslim garb in public), and oversees the public expression and private worship of non-Christian religions, which are expected to form their own representative leadership to be recognized by the state. (The same has for decades been true for French Christian churches and the French Jewish community.)

The second model, adopted in Britain and much of Scandinavia, presumes that the immigrants will form their own self-regulating communities and preserve, so long as this can legally be done and is desired, their own practices and community standards -- with state assistance, as appropriate. This is the multicultural model, which does not overtly seek cultural assimilation, leaving that to the hazards of popular culture and experience of life in another civilization, and tends to produce alienation and isolation of the immigrants.

The failures of both models are responsible for the lack of a reassuring level of adaptation and assimilation, and the myriad of social problems produced by large-scale migration from one civilization to another. It is also the reason for the growing resistance in Western Europe, as demonstrated in Switzerland, to cross-cultural immigration and immigrant communities.

"Switzerland and the Growing Resistance in Western Europe"