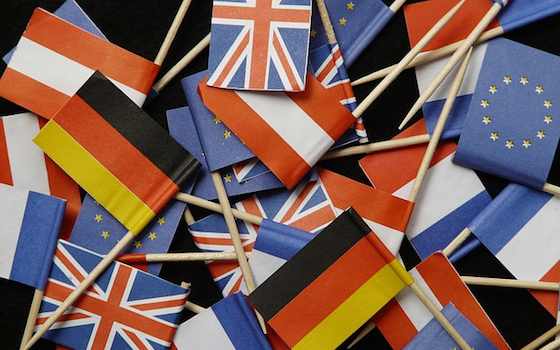 Past debates on the EU's possible emergence as a superpower have usually focused on its influence abroad. As Bastien Nivet reminds us, however, the EU's ability to project power and influence will also shape its internal future -- by either proving its utility to member states or not

Political integration has always been recognized as Europe’s weak link. Nevertheless, the possible emergence of the EU as a great power or superpower has become a fashionable subject for debate among academics. Since the first external policies of the European Economic Community (EEC) were put in place in the 1960s, a growing literature has tried to capture what role “Europe” was, could or should be playing in the world.

Those who believed that the process of European integration was leading to the creation of an influential global actor offered various diagnoses. “Superpower Europe”, “civilian power Europe”, “normative power Europe”, and “quiet superpower” are but a few of the imaginative concepts that were invented to suggest that an integrated Europe could have a central role in world affairs. The main rationales put forward to support these optimistic projections insisted that -- if united -- Europe would be more than the sum of its parts and could make a distinctive contribution to international relations.

Others, such as Hedley Bull, argued that talking about the power of the European Union was a contradiction in terms -- because the Union existed only through its (frequently divided) member states, because the process of European integration was in fact meant to negate power politics, and because, until very recently, the EEC and later the EU lacked the tools required to actually exercise power, such as common diplomacy and military strength.

In any case, these efforts revealed that treating Europe as a power or superpower required creative definitions of the concept. By contrast, the United States can be described as powerful by any definition and without raising any questions -- except perhaps about whether its power is used appropriately or not.

This difficulty arises from the nature of the EU itself, which is founded on the rejection of power as a mode of regulating relations among states. The entire process of European integration is about managing common challenges and disagreements through common rules, negotiation, and compromise -- in other words, it is about rejecting the power politics that led to the disastrous history of the 19th and early 20th centuries. Externally, the Union that emerged from this process also relies on the rejection of power as an instrument of policy. For some of its member states, this is an extension of their own strategic traditions of seeking to exert influence and pursue their interests by peaceful means. For others, voluntarily or otherwise, it represents a historically new mode of engagement in international relations, and resulted in the normalization of their relative decline as powers in their own right. Even when it does address diplomacy and security issues today, the EU does so in a way that does not fit into the classical vision of power politics.

Despite the development of common external policies such as the common trade policy, the policies on cooperation and development and, more recently, the Common Foreign and Security Policy (CFSP) and Common Security and Defence Policy (CSDP), the creation of a European superpower remains a counter-intuitive outcome for European integration.

Janus at work: Integration and disintegration in the EU today

Debates about the long-term prospects of European influence abroad also need to take into account the reversibility of political integration. From this point of view, the lessons of the recent crisis have been paradoxical.

On the one hand, EU member states have demonstrated significant political will to preserve the achievements of European integration, such as the Economic and Monetary Union (EMU), even though their solidarity and the viability of the EU “as it was” have been severely tested. In rescuing a fragile and ill-conceived Eurozone, they have demonstrated a cohesion that runs counter, in some cases, to their rational economic and financial self-interest. From its inception, the design of the EMU had a political rather than a monetary rationale. Now, member states have demonstrated their commitment to that political vision by saving the EMU at high economic cost. There have also been new steps toward further integration on key issues such as the monitoring of national budgets and the emergence of banking union.

On the other hand, the growth during the crisis of mutual distrust among some member states (and their citizens) and the refusal by others to move forward in linking their economies more closely together have sent mixed signals. These signs remind us that European solidarity and cohesion should not be taken for granted. Beyond this, several long-standing cornerstones of political integration are being called into question, amid threats of re-nationalization. This is the case, for instance, with the Common Security and Defence Policy and with the common policy on asylum and migration.

In the end, the reality is that Europe, at present, has multiple futures. While ever closer union was once the only endpoint that was seriously entertained, other trends are at work today that point towards disintegration, either as a result of internal dilution or outside pressure.

The choice for Europe

In providing a legal route for member states to withdraw from the EU, the negotiators of the Lisbon Treaty admitted, in principle, that European integration was reversible. What had hitherto been scarcely imaginable suddenly became a distinct legal possibility. Despite the institutional, bureaucratic and legal system that has been established over six decades, this was a reminder that the EU only endures because its components want it. Member states consistently demonstrate that they only support the EU insofar as they consider it more effective than the alternatives.

The disintegration of the EU could be triggered either by the voluntary withdrawal of one or several member states, or by the explicit renunciation of certain common policies or specific aspects of integration. It could also come about, however, from a gradual retreat into de facto irrelevance if the EU fails to adapt to changing realities. The risk of internal dilution should not be underestimated. After all, there is every reason to fear that gradual de-Europeanization, leading to the long-term breakup of the EU, could be far from peaceful.

Bastien Nivet is a Lecturer-researcher at the Leonard de Vinci Graduate School of Management, and associate research fellow at the Paris based think tank IRIS.