The Year of the Russians 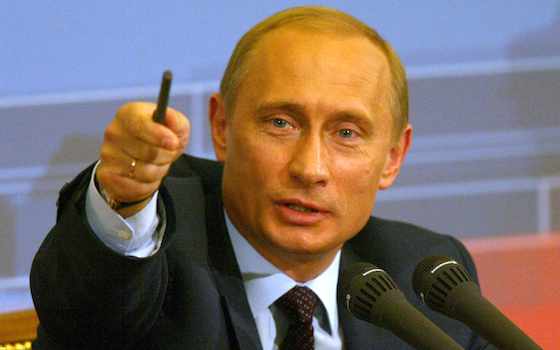 After a quarter of a century of relative calm since the collapse of the Soviet Union, the Russians are coming again. On the heels of their successful Winter Olympics in Sochi, in which they won the medals competition, the regime of President Vladimir Putin has swiftly pivoted to much more serious gamesmanship in neighboring Ukraine.

Capitalizing on the public protest in Kiev that ousted his puppet ally there, Putin opportunistically invaded the Ukrainian province of Crimea, under the guise of protecting threatened ethnic Russians. He then engineered a vote whereby Crimeans declared their desire to return to Mother Russia.

All this has suddenly stirred embers of the Cold War, along with nervous comparisons with Hitler's contrived Anschluss that gobbled up Austria and his subsequent grab of German Sudetenland in Czechoslovakia in 1938. The West essentially turned other cheek then. Only 20 years after the decimation of European youth in World War I, fears of repetition not surprisingly gave rise to resistance to another war.

But the following year, Hitler's invasion of the West, and then his fatal turn against the Soviet Union in 1941, forced Russian communists to put ideology on hold through the remainder of World War II. They resumed it quickly enough in the East-West standoff of the long Cold War.

Under the new nuclear-arms umbrella thereafter, the notion that any nuclear exchange between the U.S. and the U.S.S.R was "unthinkable" brought about an easy big-power peace. In 1962, it was briefly shaken by the Cuban Missile Crisis, when John F. Kennedy and Nikita Khrushchev came to the brink before stepping back.

Thereafter, the breakup of the Soviet Union left the Russian Federation and the United States still armed with nukes, but with continuing and stronger understanding that their possession was a shield against irrational use by either side. Some American officials even recently began to question the need of retaining such stockpiles, now reduced, in trigger-ready hidden silos.

Accordingly, the current crisis over Crimea and Ukraine seems to lack the perilous atmosphere of the Cold War, to the distinct advantage of Putin. His naked power grab of Crimea and feints toward eastern Ukraine have moved the Obama administration and the to respond only with transparent caution, imposing sanctions that Putin has easily brushed off.

The initial response has cast President Obama as a wishful thinker and soft adversary against the emboldened and cold-eyed Russian dictator. Such sanctions against prominent Russian business and banking tycoons may yet inflict significant economic costs on Putin's "cronies," as Obama has put it, and on his regime. But for now they risk painting the American president as a paper tiger.

Such an impression, at home especially, is the last thing Obama needs as he struggles against public opposition to his health-care insurance act and continuing Republican obstructionism. The Democrats' loss last week in a Florida congressional special election has fanned more expectations that his party may suffer deep House and defeats in November's midterm elections, further crippling his chances for political recovery over the rest of his presidency.

Overshadowed in all this is the fact that Obama has adhered from the start to a prime objective of moving the United States away from what he has called "a permanent wartime footing" since the 9/11 terrorist attacks. He has ended the U.S. combat role in Iraq and Afghanistan, given air support only to the overthrow of Moammar Gadhafi in Libya, and relied on diplomacy to deal with challenges in Iran and Syria.

In the current Russian crisis, Obama is likewise following that course, at the risk of further contributing to public image of presidential weakness. But most Americans have had enough of wars in which they don't see their country's national interest critically involved. Nor does resort to diplomacy rouse the patriotic cheers of "USA! We're No. 1!" generated by use of military force.

In the end, the president seems left with a small pair of deuces with which to bluff Putin in this nasty poker game, beyond hoping increased sanctions will finally hurt the gambling chief Russian enough to get him to fold. Right now, that doesn't look to be a very good bet.

"The Year of the Russians"