How Putin Could Defeat NATO With Nukes 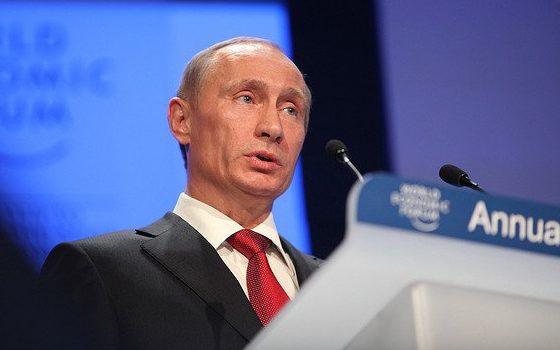 How Putin Could Defeat NATO With Nukes (Photo: Monika Flueckiger/Flickr)

Unthinkable? Perhaps, but it's entirely plausible that Vladimir Putin could attack a NATO country with nuclear weapons and emerge victorious

Though untranslated, an article by an anti-Putin Russian scientist has garnered much attention for its views on whether Vladimir Putin might resort to the use of nuclear weapons in a war with NATO. Yes, you heard that right. Andrei Piontkovsky is described at Foreign Policy by Jeffrey Tayler as a “former executive director of the Strategic Studies Center in Moscow and a political commentator for the BBC World Service.” He speculates on a conventional war with NATO, which “would not go well. Given NATO's superior armed forces and Russia's comparative economic, scientific, and technological weaknesses, a conventional campaign would, Piontkovsky concludes, end with Russia's defeat.” What's the alternative? Putin has “only one option: a nuclear attack.”

But surely that would result in death and destruction for Russia. Not necessarily. More of Piontkovsky's perspective from Tayler.

Not a massive launch of intercontinental ballistic missiles at the United States or Western Europe, which would bring about a suicidal atomic holocaust, but a small, tactical strike or two against a NATO member that few in the West would be willing to die to protect.

Remember that tactical nuclear weapons, as opposed to strategic -- the big ones -- have a much lower yield, though, of course, they're still devastating. Tayler continues.

Piontkovsky surmises that, in such a conflict, the nuclear-armed country with the "superior political will" to alter the geopolitical "status quo" and -- most importantly -- with the "greater indifference to values concerning human lives" would prevail. Any guesses which country that would be?

Tayler writes about what Piontkovsky thinks would trigger the attack and exactly which cities would be attacked (maybe Warsaw). But what about retaliation by the West?

Putin would bet on decision-makers in Washington, Berlin, London, and Paris not retaliating with nuclear weapons against Russia if it had "only" hit a city or two most Westerners have barely heard of -- and certainly do not want to die for.

And if the West doesn't retaliate?

The outcome of Putin's putative gambit is that the alliance's credibility as guarantor of security for its member states would be utterly destroyed, as would U.S. hegemony, which largely rests on the threat of using force. ... NATO effectively capitulates. ... Putin would then be free to do what he wanted in Ukraine and anywhere else he perceived Russia's interests to be threatened.

What makes that scenario even more dangerous is that not only would it would be the first use of tactical nuclear weapons in war, but were it successful in achieving Putin's ends, it could become an accepted feature of war. The nuclear weapon would no longer be just a deterrent, but an offensive weapon in the arsenal of states that possess tactical nukes.

"How Putin Could Defeat NATO With Nukes"