Ukraine and the 'Little Cold War' 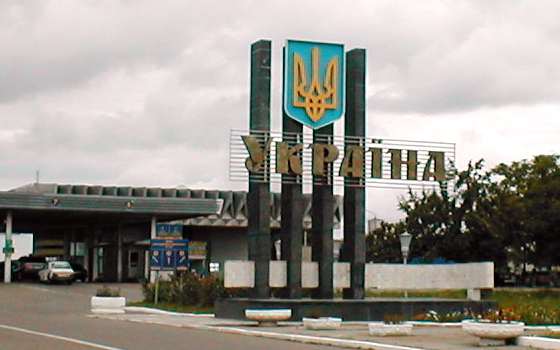 Ukraine and the 'Little Cold War'

We must consider the future of Eurasia after the fall of the Soviet Union. Since 1991, the region has fragmented and decayed. The successor state to the Soviet Union, Russia, is emerging from this period with renewed self-confidence. Yet Russia is also in an untenable geopolitical position. Unless Russia exerts itself to create a sphere of influence, the Russian Federation could itself fragment.

For most of the second half of the 20th century, the Soviet Union controlled Eurasia -- from central Germany to the Pacific, as far south as the Caucasus and the Hindu Kush. When the Soviet Union collapsed, its western frontier moved east nearly 1,000 miles, from the West German border to the Russian border with Belarus. Russian power has now retreated farther east than it has been in centuries. During the Cold War it had moved farther west than ever before. In the coming decades, Russian power will settle somewhere between those two lines.

After the Soviet Union dissolved at the end of the 20th century, foreign powers moved in to take advantage of Russia's economy, creating an era of chaos and poverty. Most significantly, Ukraine moved into an alignment with the United States and away from Russia -- this was a breaking point in Russian history.

The Orange Revolution in Ukraine, from December 2004 to January 2005, was the moment when the post-Cold War world genuinely ended for Russia. The Russians saw the events in Ukraine as an attempt by the United States to draw Ukraine into NATO and thereby set the stage for Russian disintegration. Quite frankly, there was some truth to the Russian perception.

If the West had succeeded in dominating Ukraine, Russia would have become indefensible. The southern border with Belarus, as well as the southwestern frontier of Russia, would have been wide open.

After what Russia regarded as an American attempt to further damage it, Moscow reverted to a strategy of reasserting its sphere of influence in the areas of the former Soviet Union. The great retreat of Russian power ended in Ukraine. For the next generation, until roughly 2020, Russia's primary concern will be reconstructing the Russian state and reasserting Russian power in the region.

Interestingly, the geopolitical shift is aligning with an economic shift. Vladimir Putin sees Russia less as an industrial power than as an exporter of raw materials, the most important of which is energy (particularly natural gas). He is transforming Russia from an impoverished disaster into a poor but more productive country. Putin also is giving Russia the tool with which to intimidate Europe: the valve on a natural gas pipeline.

From the Baltics south to the Romanian border there is a region where borders have historically been uncertain and conflict frequent. In the north, there is a long, narrow plain, stretching from the Pyrenees to St. Petersburg. This is where Europe's greatest wars were fought. This is the path that Napoleon and Hitler took to invade Russia. There are few natural barriers. Therefore, the Russians must push their border west as far as possible to create a buffer. After World War II, they drove into the center of Germany on this plain. Today, they have retreated to the east. They have to return, and move as far west as possible. That means the Baltic states and Poland are, as before, problems Russia has to solve.

Defining the limits of Russian influence will be controversial.

The United States -- and the countries within the old Soviet sphere -- will not want Russia to go too far.

Russia will not become a global power in the next decade, but it has no choice but to become a major regional power. And that means it will clash with Europe. The Russian-European frontier remains a fault line.

It is unreasonable to talk of Europe as if it were one entity. It is not, in spite of the existence of the European Union. Europe consists of a series of sovereign and contentious nation-states.

In short, post-Cold War Europe is in benign chaos. Russia is the immediate strategic threat to Europe. Russia is interested not in conquering Europe, but in reasserting its control over the former Soviet Union. From the Russian point of view, this is both a reasonable attempt to establish some minimal sphere of influence and essentially a defensive measure.

Obviously the Eastern Europeans want to prevent a Russian resurgence. The real question is what the rest of Europe might do -- and especially, what Germany might do. The Germans are now in a comfortable position with a buffer between them and the Russians, free to focus on their internal economic and social problems. In addition, the heritage of World War II weighs heavily on the Germans. They will not want to act alone, but as part of a unified Europe.

Russia is the eastern portion of Europe and has clashed with the rest of Europe on multiple occasions. Historically, though, Europeans who have invaded Russia have come to a disastrous end. If they are not beaten by the Russians, they are so exhausted from fighting them that someone else defeats them. Russia occasionally pushes its power westward, threatening Europe with the Russian masses. At other times passive and ignored, Russia is often taken advantage of. But, in due course, others pay for underestimating it.

If we are going to understand Russia's behavior and intentions, we have to begin with Russia's fundamental weakness -- its borders, particularly in the northwest. On the North European Plain, no matter where Russia's borders are drawn, it is open to attack. There are few significant natural barriers anywhere on this plain. Pushing its western border all the way into Germany, as it did in 1945, still leaves Russia's frontiers without a physical anchor. The only physical advantage Russia can have is depth. The farther west into Europe its borders extend, the farther conquerors have to travel to reach Moscow. Therefore, Russia is always pressing westward on the North European Plain and Europe is always pressing eastward.

Europe is hungry for energy. Russia, constructing pipelines to feed natural gas to Europe, takes care of Europe's energy needs and its own economic problems, and puts Europe in a position of dependency on Russia. In an energy-hungry world, Russia's energy exports are like heroin. It addicts countries once they start using it. Russia has already used its natural gas resources to force neighboring countries to bend to its will. That power reaches into the heart of Europe, where the Germans and the former Soviet satellites of Eastern Europe all depend on Russian natural gas. Add to this its other resources, and Russia can apply significant pressure on Europe.

Dependency can be a double-edged sword. A militarily weak Russia cannot pressure its neighbors, because its neighbors might decide to make a grab for its wealth. So Russia must recover its military strength. Rich and weak is a bad position for nations to be in. If Russia is to be rich in natural resources and export them to Europe, it must be in a position to protect what it has and to shape the international environment in which it lives.

In the next decade, Russia will become increasingly wealthy (relative to its past, at least) but geographically insecure. It will therefore use some of its wealth to create a military force appropriate to protect its interests, buffer zones to protect it from the rest of the world -- and then buffer zones for the buffer zones. Russia's grand strategy involves the creation of deep buffers along the North European Plain, while it divides and manipulates its neighbors, creating a new regional balance of power in Europe. What Russia cannot tolerate are tight borders without buffer zones, and its neighbors united against it. This is why Russia's future actions will appear to be aggressive but will actually be defensive.

Russia's actions will unfold in three phases. In the first phase, Russia will be concerned with recovering influence and effective control in the former Soviet Union, re-creating the system of buffers that the Soviet Union provided it. In the second phase, Russia will seek to create a second tier of buffers beyond the boundaries of the former Soviet Union. It will try to do this without creating a solid wall of opposition, of the kind that choked it during the Cold War. In the third phase -- really something that will have been going on from the beginning -- Russia will try to prevent anti-Russian coalitions from forming.

If we think of the Soviet Union as a natural grouping of geographically isolated and economically handicapped countries, we can see what held it together. The countries that made up the Soviet Union were bound together of necessity. The former Soviet Union consisted of members who really had nowhere else to go. These old economic ties still dominate the region, except that Russia's new model, exporting energy, has made these countries even more dependent than they were previously. Attracted as Ukraine was to the rest of Europe, it could not compete or participate with Europe. Its natural economic relationship is with Russia; it relies on Russia for energy, and ultimately it tends to be militarily dominated by Russia as well.

These are the dynamics that Russia will take advantage of in order to reassert its sphere of influence. It will not necessarily recreate a formal political structure run from Moscow -- although that is not inconceivable. Far more important will be Russian influence in the region over the next five to 10 years.

The Russians will pull the Ukrainians into their alliance with Belarus and will have Russian forces all along the Polish border, and as far south as the Black Sea. This, I believe, will all take place by the mid-2010s.

There has been a great deal of talk in recent years about the weakness of the Russian army, talk that in the decade after the collapse of the Soviet Union was accurate. But here is the new reality -- that weakness started to reverse itself in 2000, and by 2015 it will be a thing of the past. The coming confrontation in northeastern Europe will not take place suddenly, but will be an extended confrontation. Russian military strength will have time to develop. The one area in which Russia continued research and development in the 1990s was in advanced military technologies. By 2010, it will certainly have the most effective army in the region. By 2015-2020, it will have a military that will pose a challenge to any power trying to project force into the region, even the United States.

Article: Republished with permission of Stratfor

"Ukraine and the 'Little Cold War'"