Postwar Era Has Ended, But Not Appetite For War 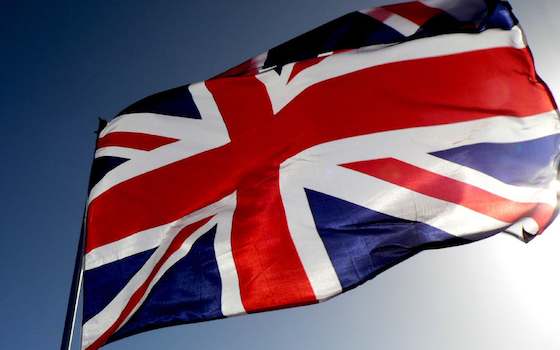 The supposed decline of the United States. The impending crisis of the this year when it becomes 30 states, while Britain contemplates leaving and making it 29. It confronts promised referenda on continuing EU membership and Scottish independence. The collapse of the postwar Mediterranean order -- in 1945, a colonial order. All bears witness today to the end of the post-second-world-war Western system, built in 1947-1949.

It was Britain, not the United States, which took the initiative in creating a new political order and a new security system after the Second World War. It was not the United States, which was preoccupied with demobilization and bringing the troops home, and where on the right, isolationist attitudes survived, and in the center and the left, sentiments of fraternity with the U.S.S.R. because of its immense role in the war.

It was Britain that proposed, in 1948, what became the of collaboration in economic, social and cultural matters, and for collective self-defense, later known as . It was made up of the U.K., France, the Netherlands, Belgium and Luxembourg. These were the core states of Western Europe -- lacking Germany and Italy, for obvious reasons. The predominant security concern for the Europeans at the time, as well as for the United States, was an eventual "resurgent" Germany -- held responsible for the two world wars, then under British, American, Russian and French military occupation.

Italy, the source of modern West European civilization, was still in the anomalous situation having been a Fascist state and ally of Nazi Germany at the start of the war, and then, its government having dismissed and arrested Benito Mussolini in 1943, becoming an ally of the Western powers.

The unification of Europe had been central to Winston Churchill's vision of the postwar future, although when he made his first appeal for unification he already had decided that Britain must permanently ally itself with the United States. He was acting in continuation of the unique and vital political role Britain had played in Europe and the world since the modern state era began in the seventeenth century.

As Hans Morgenthau, the most eminent (refugee) political scholar in the postwar United States put it, Britain subsequently had the power and the detachment from Europe to be able to stabilize it: "The only interest Great Britain pursued consistently in Europe throughout the centuries was the maintenance of the balance of power itself." However, the two world wars robbed Britain of this role. Moreover, the wars had destroyed Europe's power predominance in the world, lost to the United States, so that the Soviet Union was able to consolidate its military occupation of Eastern Europe into the Warsaw Pact political and military system. The world now seemed bipolar, a radical change, if true. (It actually was untrue; Russia was exhausted, and was rapidly outstripped industrially by Western Europe).

The Cold War can be said to have started with the Communist coup d'état in Czechoslovakia in 1948, consolidating the Communist bloc. That was also the year when Canada's Secretary of State for External Affairs broached the idea of a "security league" of the democratic nation as an extension of the Brussels Treaty. This became .

The NATO Treaty was passed by the , despite opposition. The most important member of the party at that time, the leading isolationist, Senator Robert A. Taft, contested it because it involved unforeseeable commitments. He said international peace would depend on "international law defining the duties and obligations of nations" enforced by "international courts...and joint armed forces." He added that charter as drafted "did not yet reach this ideal...but it goes a long way in that direction."

Forty years later, the Warsaw Pact has peacefully collapsed. The Soviet Union was dissolved; leading (and larcenous) functionaries found new careers and rewards as predatory oligarchs. and swallowed up the former Warsaw Pact states, with generous intentions but the result of bloating the EU itself, now staggering in an economic crisis born on Wall Street. The EU, which once saw itself as a potential great power rival to the United States, now is unable or unwilling to find more than 500 soldiers to reinforce the two thousand France has sent to the Central African Republic to prevent, if possible, sectarian genocide on the order of the genocide committed in Rwanda in 1994 -- both results of the well-intentioned decolonization of Africa.

There is no longer a British Empire and perhaps soon there will no longer be a Britain -- only England, Ulster and Scotland. The American effort to follow in Britain's steps and sustain Europe while creating a new, balanced, Israel-friendly greater Middle East has failed. The postwar era has ended; but not the appetite for war and conquest.

Darwin was wrong. On the final page of Charles Darwin's On the Origin of Species, the author declares:

"As natural selection works solely by and for the good of each being, all corporeal and mental endowments will tend to progress towards Perfection."

"Postwar Era Has Ended, But Not Appetite For War"