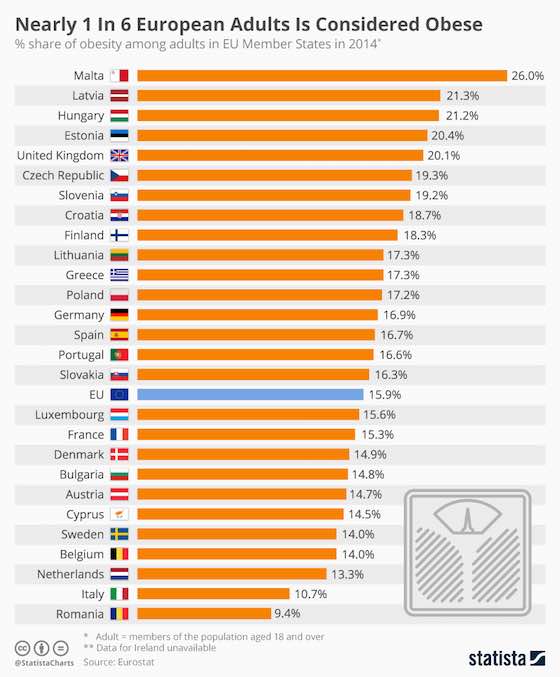 According to new research from Eurostat, nearly 1 in 6 adults across the European Union is considered obese.

Among Member States where data is available, Romania recorded the lowest share of obesity in 2014 with 9.4 percent. Malta was at the very top of the scale (26 percent), followed by Latvia (21.3 percent) and Hungary (21.2 percent).

The research found that there is no systematic difference in obesity levels between men and women. However, across all Member States, the share of obesity increases with age. About 2.7 percent of young people in Slovakia aged between 18 and 24 fall into the obesity bracket. Among older Slovakian people aged between 65 and 74, that increases drastically to 33 percent.