Is the Refugee Crisis Really a Crisis? 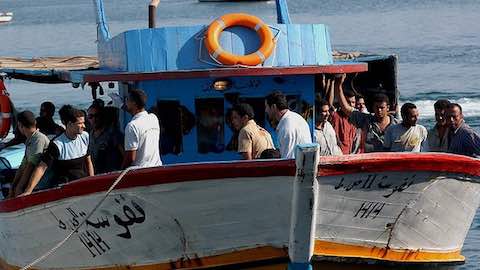 Is the Refugee Crisis Really a Crisis?

If Europe and the United States would take a deep breath they would find that they could handle one million refugees.

In an article in the New York Review of Books titled The Terrible Flight from the Killing, Hugh Eakin chronicles perhaps better than any journalist thus far the refugee crisis in Europe. It seems to be overwhelming for the European states asked to provide refugees asylum. But, in reality, it may be a case in which two cliches actually apply:

One, it's a matter of perception.

Two, in every crisis an opportunity.

Rather than treating Syrians as a security threat or a humanitarian "burden," some economists, including Bundesbank President Jens Weidmann and the French scholar Thomas Piketty, argue that Europe should simply put them to work. Germany in particular, with the lowest birthrate in the EU, desperately needs workers. In 2014 it launched a program to put migrants and refugees directly into the labor market and German officials hope that the incoming Syrians will quickly find jobs.

Of course, not all the European countries are desperately in need of workers. Regarding the first cliche, Eakin quotes Andreas Kamm, the director of the Danish Refugee Council. She told him "that we are witnessing a 'worldwide conflict' in which the main victims are civilians who are no longer able to escape." But:

For Europe the numbers are not that high. If we had leaders who could work together and say, we will do things better, we can manage it--one million refugees is only 0.2 percent of the European population. But if we do nothing, people will say, it's out of control. And then it is [out of control]. That's what scares me.

"Is the Refugee Crisis Really a Crisis?"