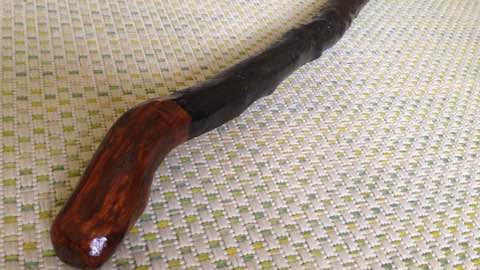 Whatever credibility austerity had is now lost on much of Europe. Ireland's election drove a big spike into the austerity policies of the 'troika' -- the European Central Bank, the European Commission and the International Monetary Fund.

If there is one thing clear after Ireland's recent election, it is that people no longer buy the myth that austerity is the path to economic salvation. It is the same message that Greeks, Portuguese and Spaniards delivered to their elites over the past year: the prophets of tough love, regressive taxes, and massive social services cutbacks should update their resumes and consider a different profession than politics.

Ireland is a small country but the Feb. 26 election drove a big spike into the policies of the "troika" -- the European Central Bank, the European Commission and the International Monetary Fund -- that have blitzed economies across the continent and made chronic unemployment and growing economic inequality a continuing source of malaise.

The governing center-right Fine Gael lost 16 seats, and its partner, the center-left Labour Party, was virtually wiped out, dropping from 37 seats it controlled after the 2011 election only to six. The two parties had overseen an economic program that almost doubled child poverty rates, drove some 500,000 young people to emigrate, reduced wages by 15 percent, and sharply raised the jobless rate.

Ireland's economic difficulties had nothing to do with public spending, but were the fallout from private speculators and banks caught in the great 2008 financial meltdown. Rather than making the speculators pay, the then government of Fianna Fail shifted the bank debts to taxpayers. The troika agreed to a $67 billion bailout of the banks, but only if major bondholders were exempted and the government would institute a draconian austerity program. Most Irish voters were unaware of this "trade off" until just before the election.

The Fine Gael/Labour government has long claimed that it had no choice but to apply the austerity formulas and that, in any case, the policies worked, because the economy was recovering. Voters didn't buy it. The "recovery" has largely been restricted to Dublin -- where homelessness in January reached a record high -- and the growth was largely a product of falling oil prices and a decline in the value of the euro, rather than the result of austerity.

As Fintan O'Toole of the Irish Times put it, "What voters said on Friday is in some ways highly complex, but in relation to the dominant narrative" that austerity is the path to recovery, the Irish said, 'We don't believe you.'" The Fine Gael-Labour campaign slogans of "stability" and "all is well" fell flat. The government, O'Toole said, "imagined that it would ride back to power on a feel-good factor, as if people who had been repeatedly beaten should feel good that the beating has stopped."

At first glance, the Irish election looked like a shootout between the two center-right parties -- Fine Gael and Fianna Fail -- that have taken turns governing Ireland for more than eight decades. But this time around Fianna Fail ran from the left -- mild left, as it were -- promising greater fairness and more public services. Fianna Fail, which was crushed in the 2011 election, bounced back from 21 seats to 44 and is now the second largest party in the Dáil after Fine Gael.

Another winner was the unabashedly leftist Sinn Fein Party, which picked up nine seats for a total of 23 and is now the third largest force in the Dáil. The People Before Profits/Anti-Austerity Party gained two seats, and the independent bloc picked up a seat. In contrast, the rightwing Renua Party lost its three seats.

Irish elections are complex affairs, employing a proportional representation system that provides a path for small parties to gain a foothold in the Dáil, but makes campaigning complicated.

What emerged from the Feb. 26 vote was a hung parliament: Fine Gael/Labour did not win enough seats for a majority, but neither did anyone else. There is talk of a "grand coalition" between Fine Gael and Fianna Fail, but both parties would have to renege on pre-election promises that they wouldn't consider such a move, and it would automatically make Sinn Fein the leader of the opposition. The latter possibility scares both center-right parties.

Fine Gael, Fianna Fail, and Labour refuse to consider a coalition with Sinn Fein because of the Party's links to the Irish Republican Army and violence. It is an odd rationale, considering that all three parties have roots in the sometimes quite violent struggle for Irish independence and the bloody 1922-23 civil war over the Anglo-Irish Treaty that freed the Republic from Great Britain.

In any case, Sinn Fein leader Gerry Adams made it clear that his party has no interest in being a minority member of any combination that Fine Gael or Fianna Fail put together. And there is no way that Sinn Fein can construct a majority coalition. At most, the left and center-left parties could muster 60 votes, and that would include the Labour Party, a dubious possibility. Indeed, one Labour Party leader, Alan Kelly, has already called for a Fine Gael-Fianna Fail unity government.

It is possible that Fine Gael will try to rule as a minority government, but that would require Fianna Fail to abstain when it comes time to elect a Prime Minister, or Taoiseach. And it would also mean that Fianna Fail might have to choose between swallowing some of Fine Gael's austerity policies that it ran against in the election, or bringing down the government. Since any minority government will be extremely fragile, another round of elections is a real possibility. During the campaign, Fianna Fail leader Michael Martin said he would not go into a coalition with Fine Gael, and Irish voters in a rematch might punish any party that broke its promises.

Irish voters essentially gave two messages in the last election, one directed at Europe and the other at its own political structure.

About Europe, the voters firmly rejected the increasingly discredited policies of the troika, joining Greek, Spanish and Portuguese voters in saying "enough." Austerity as a cure for economic crisis, as O'Toole points out, "was not just an Irish story -- it was a European narrative." That narrative is under siege.

About Ireland, voters turned their own political structure upside down. The two parties that have dominated Ireland since the end of the 1922-23 civil war can now claim the allegiance of slightly less than 50 percent of the electorate. This election, as Sinn Fein's Adams argues, represents "a fundamental realignment of Irish politics."