Ireland: From WWI Conflict to Respect 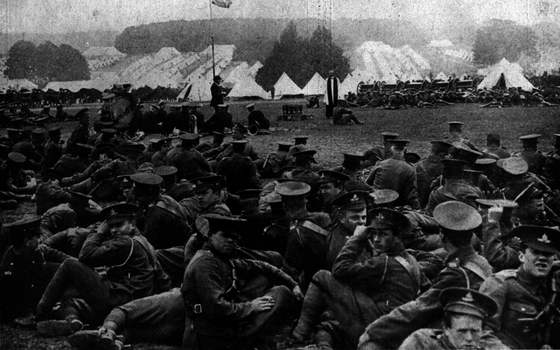 The years from 1912 to 1922 witnessed a series of momentous events in Ireland that changed the course of Irish history, and led to the foundation of our state. Commemoration of the First World War by the Irish Government is grounded in the wider context of all of these events. And so, last year, we launched a 'Decade of Centenaries' which will embrace not only the First World War but the Easter Rising and the War of Independence.

The Northern Ireland Peace Process has shown how, when the British and Irish governments work together, peace and reconciliation can flourish. Just as we now work increasingly closely together on job creation and economic recovery, so should we also remember the events of a century ago together.

More than 200,000 Irish men fought in British uniform during the First World War. By remembering what brought us together, we can further deepen reconciliation between Ireland and Britain, and between Ireland and Northern Ireland. This includes not only the shared experience of service in the First World War but also the social transformation that was already taking place during that decade, through the labour movement and the women's suffrage movement.

The potential for reconciliation was demonstrated by the mutual respect shown by the Queen and President McAleese in Dublin in when they jointly commemorated those Irish who died in British uniform, as well as all who died in pursuit of Irish freedom. These commemorative acts had a hugely positive effect on British- Irish relations.

On Remembrance Sunday last year, and again this year, the Taoiseach and I attended ceremonies in Northern Ireland and laid wreaths to honour all the Irish who died in the First World War, including those who fought to maintain the union with Britain.

Eamon Gilmore T.D. is Deputy Prime Minister and Minister for Foreign Affairs and Trade of the Republic of Ireland

"Ireland: From WWI Conflict to Respect"